Fresh off a hugely successful performance at Reggae Sumfest and recent shows in the U.S., Aidonia has now turned his attention to Europe.

Aidonia announced the upcoming tour last week before departing Jamaica with his 4thGenna members. He will be performing at some major events in Europe like Reggae Geel Festival in Belgium, Rototom Sunsplash in Spain, and Keep It Real Festival in Germany. He will also be performing in Sweden, France, Italy, and Austria.

“Europe has always been a place that shows Aidonia a lot of love, so it’s important that we as artistes reciprocate,” Aidonia said. “The fans have been requesting to see me for some time now, so that is enough motivation for me to make sure to give them nothing less than a 110 per cent. Because they don’t get to see me very often, therefore, I have to leave them with something memorable.”

The tour will run through August and then Aidonia will return to Jamaica to shoot the music video for three of his hit singles “Yeah Yeah,” “Banga,” and “IG Girl.” 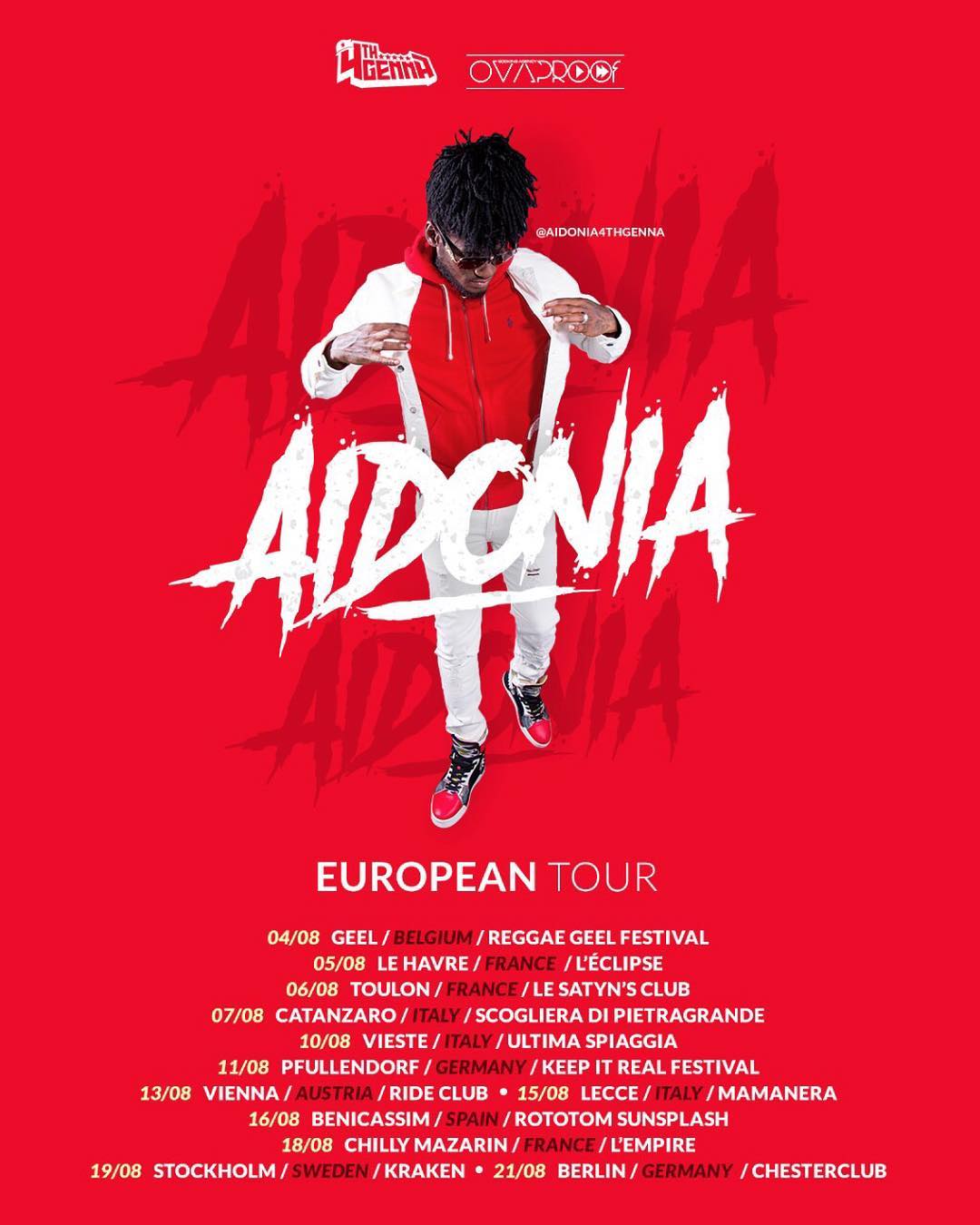