Leave it up to Vybz Kartel to capitalize on his recent round of controversies.

The dancehall deejay’s book “The Voice of The Jamaican Ghetto” saw a big growth in sales over the past few weeks and his team is attributing it to the recent controversies involving Lisa Hanna and increased scrutiny for allegedly recording music in prison.

“The more them try to stop the boss is the more him get stronger,” sources inside the Gaza camp told DHH. “All they are doing is just giving us more publicity and that only mean more music and book sales so tell them keep doing what they are doing.”

The book was released in 2012 and was co-written by Michael Dawson who is also a business partner of Vybz Kartel. Kobo rated it 4.9 out of 5 and Amazon users rated it 4.7 stars. Vybz Kartel is currently serving a life sentence for his 2014 conviction for the murder of Clive “Lizard” Williams. He is also under investigation for recording music in prison which would be illegal and could cause him a mountain of new legal troubles if found to be true. 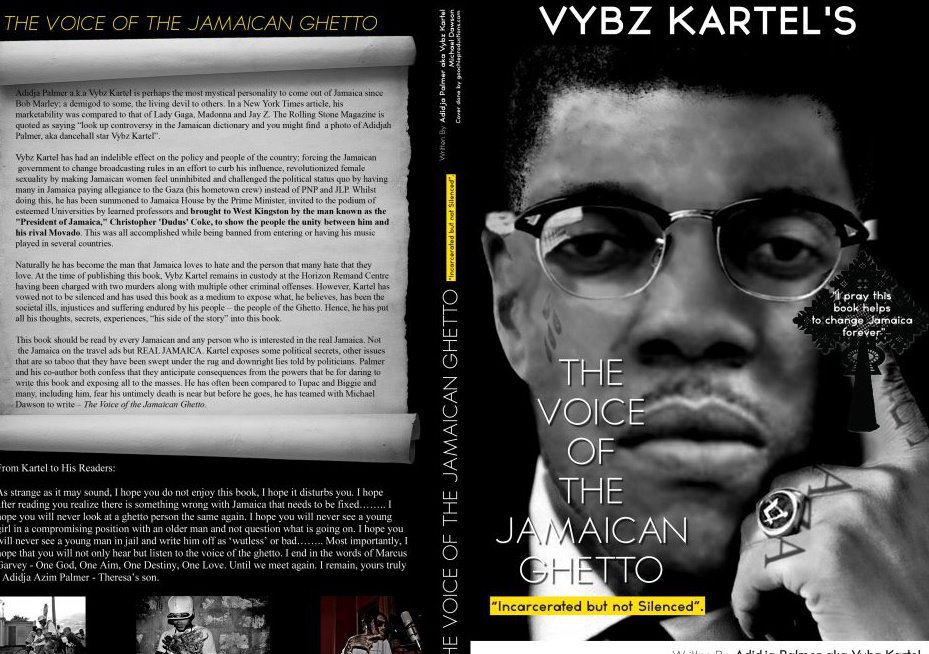