Jay Z and Beyonce are looking to buy the Spelling Mansion in Los Angeles fro a reported $150 million.

For the past few years the Carters have been eyeing a move to the West Coast and have been house hunting in the Los Angeles area. The latest property they are looking at is a mega mansion dubbed the Spelling Manor, build by the late television producer Aaron Spelling and his wife. The 57,000 square-foot French chateau-style pad was constructed in 1991 and is located in Holmby Hills in Los Angeles.

The home was listed on the market by Candy Spelling in 2009 following the death of her husband. The home is reportedly valued at $200 million but was listed for $150 million back then. The mansion is decked out with a library, doll room, bowling alley, screening room, gymnasium, wine cellar, and much more. 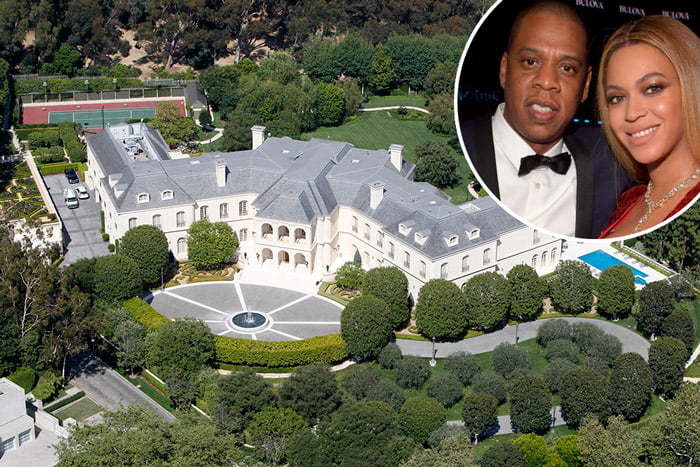 “This house is the equivalent of a mid-sized hotel,” Spelling told PEOPLE. “It’s a lot of work. At the time of the sale it was the largest home in Los Angeles County. She added, “I have wonderful memories here, but I feel like it’s a new chapter in my life — and it’s just me in this big house!”

Beyonce is currently pregnant with twins and the couple already has a 5-year-old daughter name Blue Ivy Carter.