First, it was Drake that’s trolling us and now his dad Dennis Graham is now trolling us with More Life album updates.

On Friday night, Drake hinted that the playlist would be released on Saturday, March 4th, but it never arrived leaving his fans disappointed. On Sunday, his dad posted the album cover on Instagram with the caption “Tonight’s the night @ladydelilah @johnterzian #virginiablackwhiskey #morelife I will be performing at Delilah.”

This could just be Dennis promoting the album and at the same time promoting his own career, or he could be hinting that the album would be available tonight. The elder Graham will be performing at Delilah nightclub in West Hollywood tonight. We will be watching closely to see if he unveils any more details about More Life. Dennis Graham also appears on the album cover in a vintage style photo. 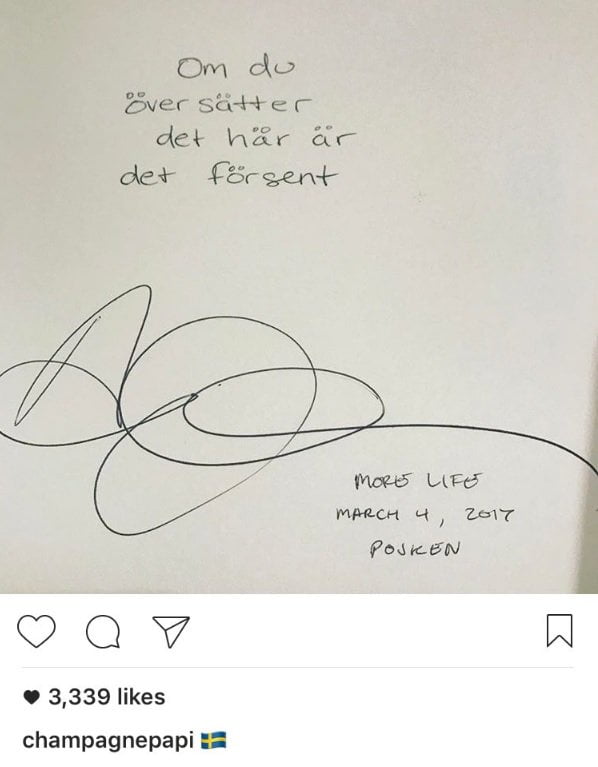 Drake fans on social media have been clamoring the rapper’s profile waiting on him to announce that the project is available on Apple Music/iTunes. So far nothing from the 6 God except for that cryptic message on Instagram that has now been deleted and now this post from his dad just added more confusion as to when More Life will be released.

“Drake is gonna drop More Life after spongebob gets his boating license,” one fan wrote. “I’m legit hurt because Future dropping two albums and I’ve been waiting on Drake’s “More Life” since December.”

There are also some bogus tracklisting floating around social media that Drake has responded to on of the posts calling it bogus. The only details we know so far about the project is that The Weeknd, Jennifer Lopez, Giggs, 21 Savage are among the guest list. OVO’s go-to producer Noah “40” Shebib is currently putting the finishing touches on the album that is due any day now.