Alkaline walked free from police custody on Monday but cops are saying their investigation is far from over and that doesn’t rule out the dancehall star from any future runnings with law enforcement.

The “New Level Unlocked” deejay paid a visit to the Criminal Investigation Branch headquarters in Kingston last week Thursday where he was intensely grilled about the murder of Rohan Morris, who was gunned down on January 13 in front of his 5-year-old daughter in Maverly. Detectives believe that Alkaline has information or is involved with the murder but so far they have zilch on the deejay.

Alkaline, born Earlan Bartley, was forced to sleep in jail over the weekend despite not being charged with any crime. That move from cops forced his attorney Peter Champagnie to file legal docs on Monday asking a judge to release his client. The judge sided with his argument and requested that police officers released Alka or charged him by 6 PM on Monday. He was set free at around 3 PM. 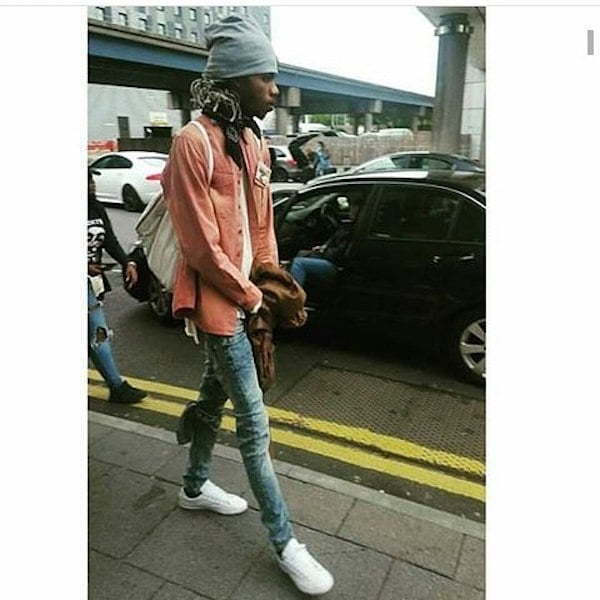 Sources inside the police force told Urban Islandz that his freedom doesn’t mean that he is without guilt or that he can’t be arrested in the future. “The murder is still an active investigation and detectives will continue to follow every lead wherever they go,” we’re told. “This means that if information leads back to Mr. Bartley then cops will again request for him to come in for further questioning.”

Our sources couldn’t say if Alkaline is a suspect or a witness in the murder of Morris. But detaining him for five days simply means that he is much more than a witness or someone that investigators just want to “question.” His lawyer Champagnie says that his client was not involved in any criminal activity and will continue to cooperate with police officers in the future.