Did Meek Mill take back the engagement ring that he gave to Nicki Minaj? The Philly rapper is calling the reports BS despite the evidence against him.

A photo of Meek wearing a ring that look exactly like the one he gave to Nicki Minaj last year has been circulating on social media. But the Philly rapper commented on one of the posts denying the reports. So it seems Meek is not about to take another L for this one.

“Y’all gota let me breathe a lil bit with all these made up stories lol,” he wrote in the comments. “Who’s paying ya’ll?”

In 2015, Meek and Nicki sparked engagement rumors after they posted photos of a pair of diamond rings. A few months after that the Dreamchasers rapper gave his lady another giant diamond ring. According to the “Truffle Butter” rapper, he will need to give her three rings before she agrees to marry him. We don’t know if the third one came, but now their relationship is over and Minaj announced that she is single. 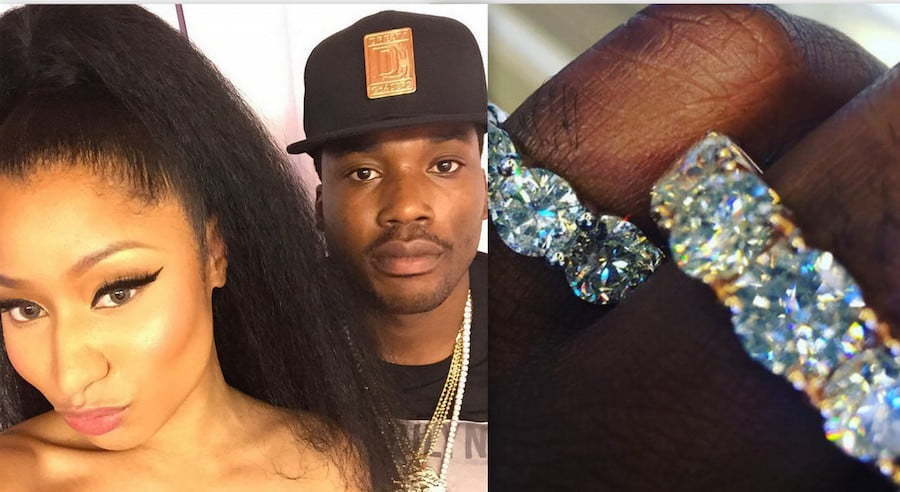 During an interview with Extra in July of 2015, Nicki Minaj spoke about the rumored engagement saying that the ring was a simple gift and not an engagement. She also had to respond to reports that she is pregnant for Meek. “I’m not engaged and my ring was a gift and I’m definitely not pregnant… But thank you guys for your concerns,” she said.

Take a look at the pic below and be the judge if its the same ring.

Nicki Minaj brokeup with Meek Mill on her 34th birthday in December while on a getaway in Turks and Caicos. The pair have not spoken to each other ever since and the Young Money rapper told fans that she is focusing on her music going forward.