People all but forget that Beyonce was in the photo with two of her cousins. The one in the blue dress is her cousin Kristin Douglas and she is all folks have been talking about since Monday.

Beyonce was attending the funeral of her late uncle Skip Beyince, who Beyonce was named after. The R&B singer was there with husband Jay Z when then ran into her thick cousin and took the photo. Kristin posted the pic on her Instagram and it went viral.

The comments ranged from lewd to flattering and all things in between with even a few well known names weighing in. 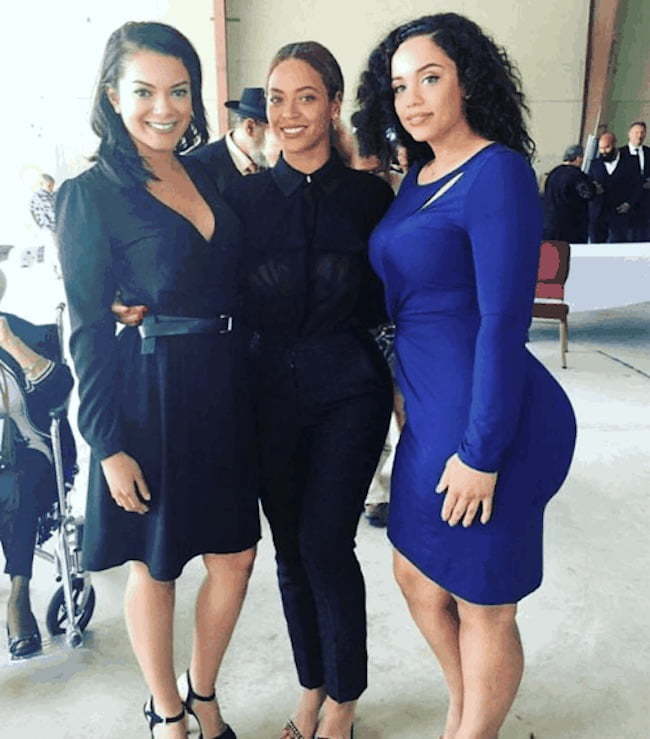 Bare in mind that she had 2000 followers on Instagram before posting the photo and now she has 54k and counting.