Clueless actress Stacy Dash raised a lot of eyebrows on Wednesday when she revealed during a Fox interview that she thinks that Black History Month should be disbanded and that BET should be taken off the air.

The 49-year-old actress says that it’s ludicrous that BET (Black Entertainment Television) is only giving out awards to black recipients.

“We have to make up our minds,” Dash said. Either we want to have segregation or integration, and if we don’t want segregation, then we have to get rid of channels like BET and the BET Awards and the Image Awards, where you’re only awarded if you’re black. If it were the other way around, we’d be up in arms. It’s a double standard.”

“There shouldn’t be a Black History Month,” she added. “We’re Americans, period.” 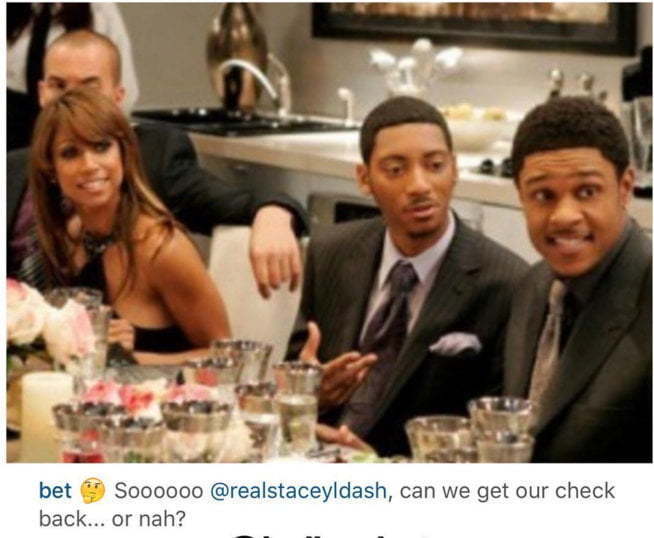 BET has since responded to her claims with a series of Tweets including one of a photo where she appeared on TV show The Game.

Every Time Stacey Dash Proved She Was Clueless: https://t.co/mto8DSxVhe pic.twitter.com/NBDorO6Jna