Beyonce storms Ciara Halloween themed 30th birthday party on the weekend. The pop mega star dressed as storm from X-Men while Ciara and her boyfriend Russell Wilson were Catwoman and Batman.

The R&B singer hosted her birthday bash at the Warner Bro on Saturday night. The couple topped things off when they pulled up in a Batmobile. With an estimated net worth of $14 million you can afford to rent a Batmobile for one night.

Other celebrities who also attended the event were LaLa Anthony, Kelly Rolland, and comedian Jeff Dye.

Check out more photos from the birthday bash here. 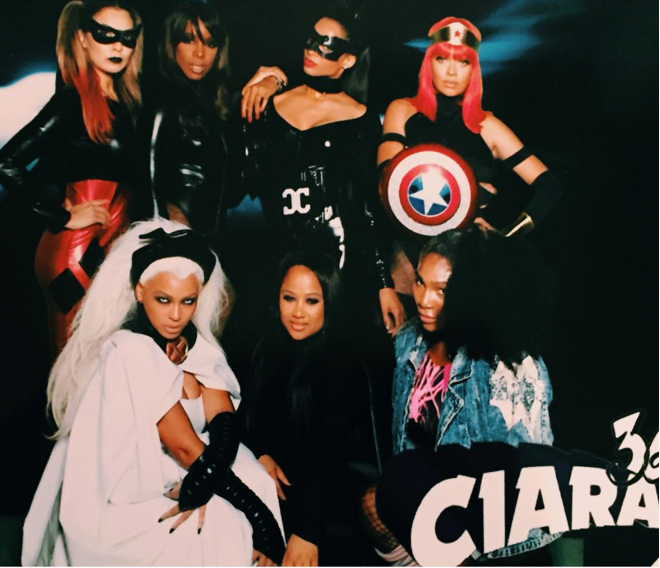