Safaree Samuels has finally covered up that last Nicki Minaj tattoo on his arm in a bed of rose.

The Jamaican-American rapper got several tattoos of his ex-girlfriend Nicki Minaj all over his body while they were still together. But he started the painful process of removing them after their split last year.

SEE ALSO: Safaree Duet With Ishawna And ZJ Liquid On ‘Try My Love’

The final tat on his arm is now cover with some fresh in of rose. There is currently not a single trace that Safaree ever had a Nicki Minaj tattoo and at one point he had three different ones. 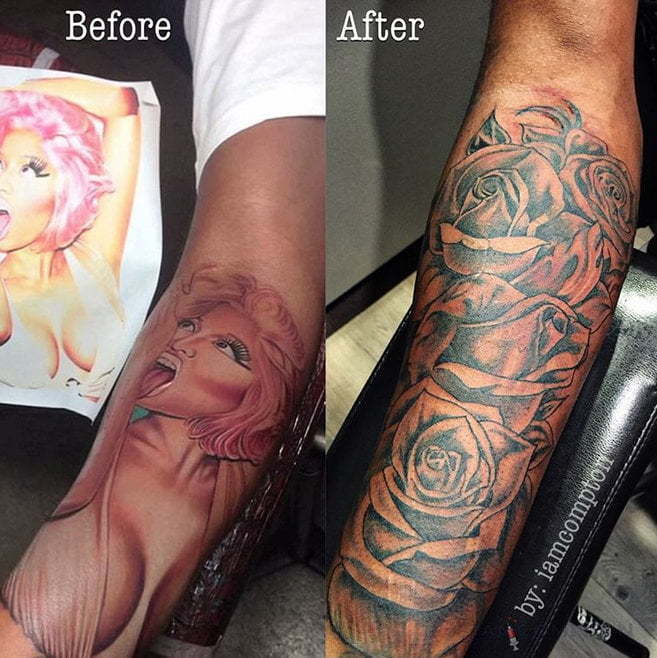 His tattoo artist Compton posted a before and after photo on his Instagram page with the caption, “and u think yo job is hard. Just finish this piece for @iamsafaree #SorryNicki #itsJustBusiness #inkArtMusic.”

Back in 2013 Safaree showcased the painful process of getting his Nicki Minaj tattoos and explained his decision.

Samuels also has a tattoo of reggae legend Bob Marley that he is keeping in tact.

Must have been even more painful to remove them.