Nicki Minaj was dropping shades at fellow female rapper Iggy Azalea during her acceptance speech at the 2014 BET Awards, so said the blogosphere.

Minaj won Best Female Hip Hop Artist for a fifth straight time, but some industry sources thinks the award belong to Iggy Azalea this time around.

During her lengthy acceptance speech, Nicki Minaj made it be known that she writes all her lyrics. Now everyone is interpreting that as the Trini rapper taking a subliminal diss at Iggy Azalea.

This is what Nicki Minaj said:

“I’m working on an album coming out at the end of the year called The Pink Print. That’s not a plug, but it’s a plug. My point is, what I want the world to know about Nicki Minaj is when you hear Nicki Minaj spit, Nicki Minaj wrote it.

“I used to sit in the studio with Wayne and I would literally be taking, sometimes, three or four days to write a verse, and one day he was like, ‘No! You can’t be taking all them days to write no verse! You gotta write your verse right here in the studio.'”

That’s why I love him to this day because it pushed me to push my pen. And I’m still one of the only emcees that’s out here spitting metaphors and making you think and I don’t even really care if I get my credit or if I don’t.”

Iggy Azalea has been tight lipped on the reports so far. But many hip-hop fans took to Twitter on Sunday night to proclaim her as the true winner of the award for Best Female Hip Hop Artist since she has had a great year with her No. 1 single “Fancy.”

Nicki Minaj also spoke openly about a recent near death experience after a health scare.

“The other day, literally – I didn’t tell anyone this – I really thought I was about to die,” Nicki Minaj said. “Like I was saying my prayers to die. And I didn’t even wanna call the ambulance because I thought, ‘Well if I call the ambulance, it’s gonna be on TMZ. And I would rather sit there and die…’ And it made me realize, ‘I don’t care what anybody gotta say. I’ma do me.'”

She is currently working on her third album The Pink Print, due later this year. 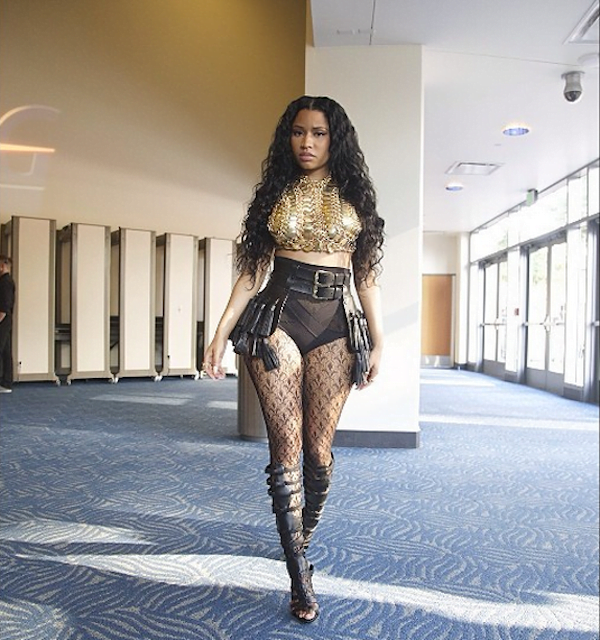