Rihanna and Drake were spotted at a Grammy after party two weeks ago after both singers skipped the awards ceremony.

Since then they have refueled rumors that their relationship is back on track despite Drake being link to Zoe Kravitz.

The old flames were spotted leaving Hooray Henry’s nightclub in West Hollywood last night after a night of clubbing.

Rihanna and Drake briefly reunited late last year but shortly after that the Canadian rapper was spotted making out with Zoe Kravitz at a Jay Z concert. 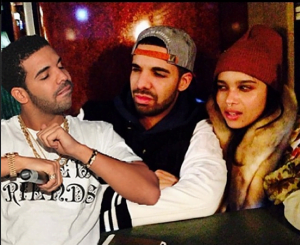