Tessanne Chin build her bridge over troubled water with ease on Monday night.

Tessanne Chin’s “Bridge Over Troubled Water (The Voice Performance)” has now reached No. 4 on iTunes.

The reggae songstress is one step closer to winning The Voice season five and taking home to Jamaica a recording contract and a $100,000 cash prize.

Her performed drew one of the loudest cheers we’ve seen to date from the audience and left Adam Levine lost for words. 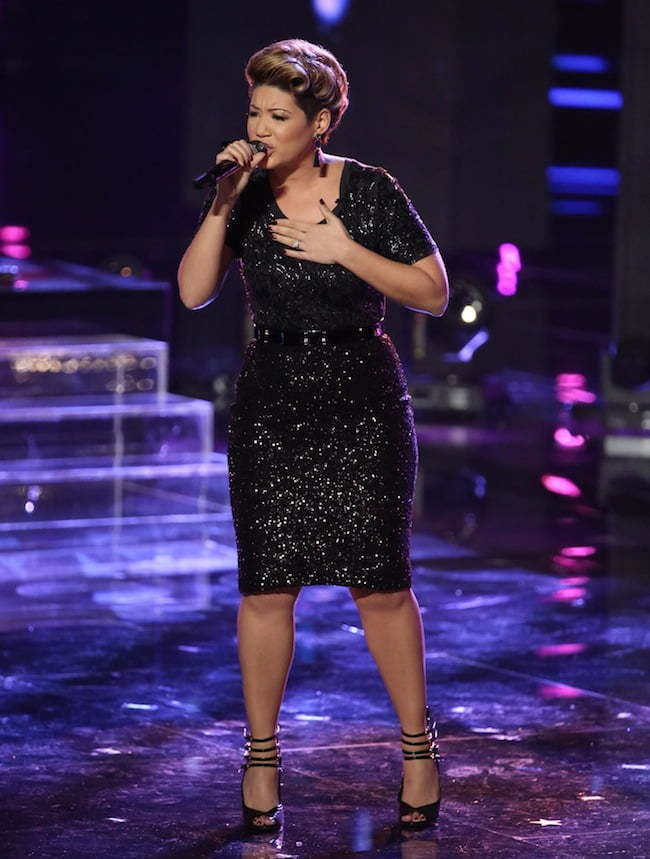 “I’ve never been speechless on this show before,” the Maroon 5 frontman said.

As of the time of this publication, Tessanne Chin and Jacquie Lee were the only two contestants from the Top 5 to crack the top 10 on iTunes.

It will only cost you $1.29 to download Tessanne Chin song on iTunes and each download gives her five points towards her final tally.

Tonight The Voice will reveal the three contestants for the finals next week.

You can down load Tessane Chin’s “Bridge Over Troubled Water (The Voice Performance)” on iTunes here.