To make matters worse, the Brick Squad rapper was also allegedly caught with drugs and guns.

According to TMZ, Mane, born Rodric Davis, was arrested moments after midnight on Friday after a friend made a complain to a cop that he was behaving erratic.

The friend waved down police to help out … but when they approached Gucci he began “cursing and threatening them.”

We’re told he was immediately taken into custody and police found a small amount of marijuana on the 33-year old rapper … as well as a handgun.

Gucci Mane was arrested and charged with disorderly conduct, marijuana possession and possession of a concealed weapon. 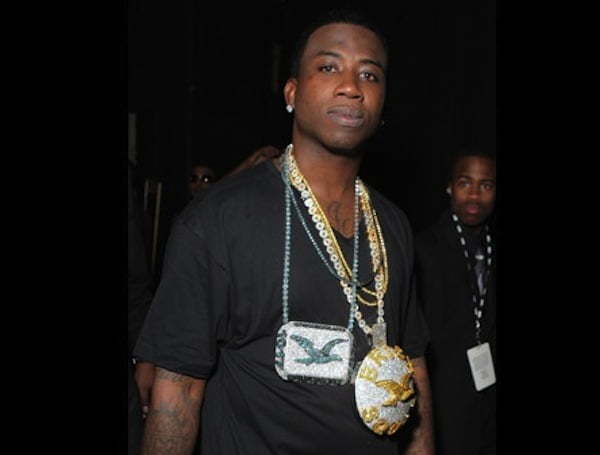 The rapper was also reportedly taken to a nearby hospital to get checked out.

Gucci Mane made headline earlier this week after he went on a Twitter tirade claiming that he and Waka Flocka had sex with Nicki Minaj, Tyga’s girlfriend Blac Chyna, Keyshia Cole and a long list of other women.

The “Trap House” rapper has since deleted his Twitter account after some heated backlash from Nicki Minaj and Tyga.