Adele is out of hiding since giving birth last year.

The British pop mega star was spotted arriving at the Lax in Los Angeles earlier today. This is the first time the Oscar nominated singer has been seen in public since giving birth to her son in October, 2012.

With her boyfriend Simon Konecki by her side, Adele was sure to cover up her bundle of joy from the paparazzi lenses.

Adele is schedule to make a big appearance at this weekend’s Golden Globe Awards and then she will be appearing at the Oscars.

Adele was nominated for an Academy Award for her song “Skyfall” the soundtrack the the new James Bond film. 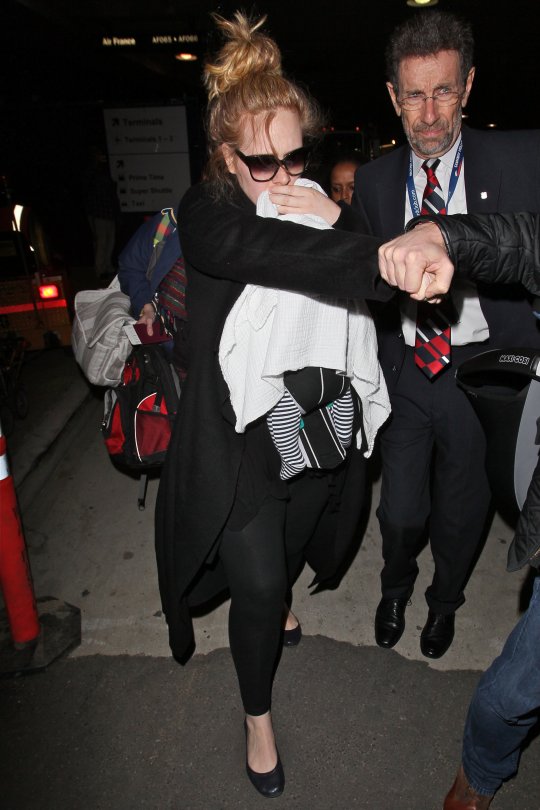