Rihanna crawled out her bed to attend to Battleship premiere in Japan yesterday. The Bajan pop beauty donned a pajama inspired suit to the world premiere of her debut film at Yoyogi National Gymnasium in Japan.

The budget buster sci-fi film officially opens April 13 in Japan and May 18 in the United States. 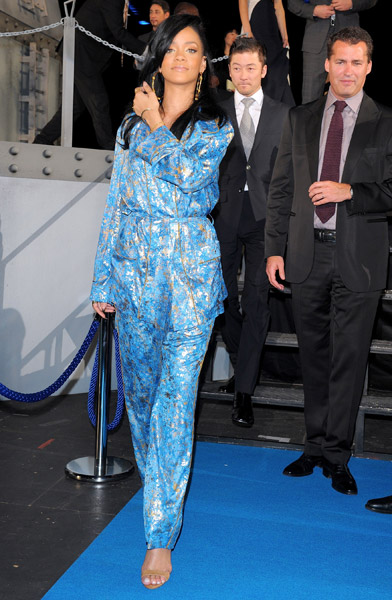 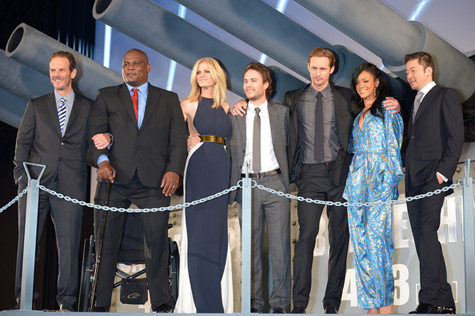