Rihanna was hospitalized yesterday for extreme exhaustion and a flu virus.

According to the associated press, the singer was forced to cancel a show in Malmo, Sweden.

Shortly after news broke, RiRi took to Twitter to apologized to fans. She also tweeted a photo of her arm hooked up to an IV drip. 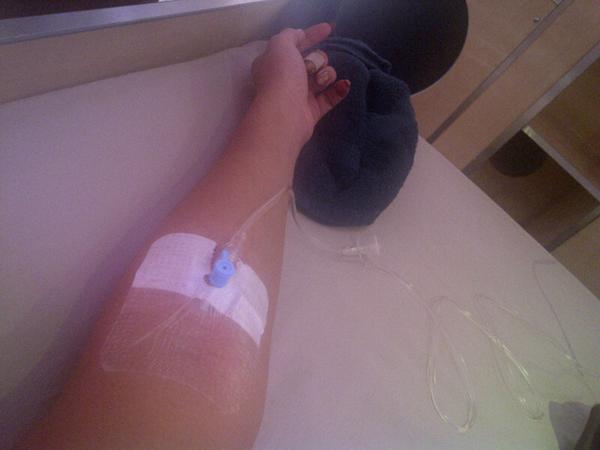 ”I was so excited to perform for you all,” Rihanna said in a statement. “It would have been a great time … so much better than being sick with the flu, ugh! I’m really disappointed I couldn’t be there.”

The LOUD tour promoter Live Nation is working on a rescheduled date for the show. While not firm on a date as of yet, Live Nation said that tickets for the Sweden show will be honored for the future date.

Rihanna, who is now on the European leg of her LOUD tour through to December, is expected to perform in Stockholm tonight.