Oprah’s best friend Gayle King sends off a whirlwind of gossip for having romantic ties with rapper 50 Cent after she tweeted a tattoo of him on her arm.

King, who invited 50 Cent on her OWN talk show, had a temporary tattoo on her left bicep of the rap mogul head and name.

50 Cent, who has a dog named Oprah and a cat named Gayle, reflected on meeting King in Las Vegas. She joked to her children that he may soon be their stepdad after photos of them got out. 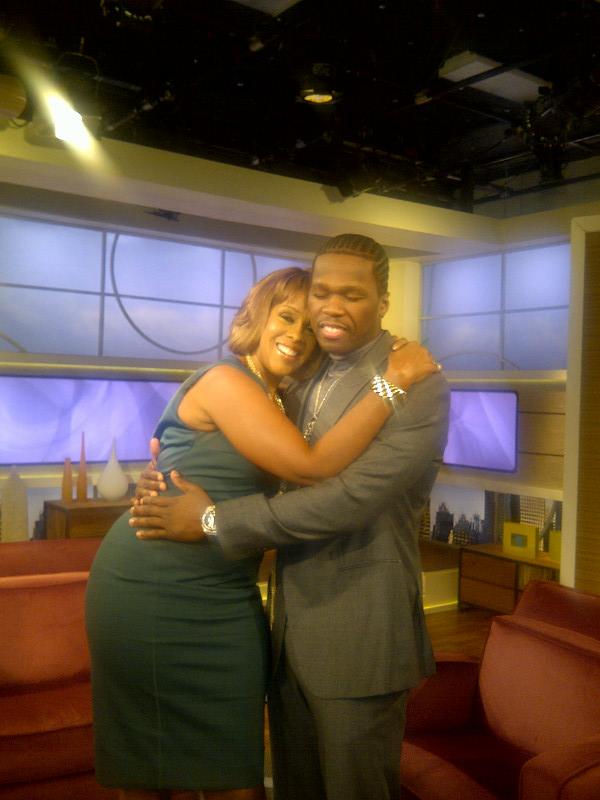 “If 50 Cent and Gayle got together, do you know the scandal that would cause?” she joked.

“Ok I finally met a woman that is smart, sexy, sophisticated, classy and secure,” 50 Cent tweeted Wednesday. “I think I love her. She’s perfect. Her thighs define sexy, her hips are just right, her eyes talk to me. Oh and her a**.”

After announcing, “we’ve been together 10 minutes now we’re engaged,” the rapper takes things to the next level.

“So now that we’re married she has created balance for me. So we’re thinking about extending the family,” Fiddy tweeted next, along with a photo of the pair embracing.

Gayle then tweeted, “I loved having you on the show. See you at home. What do you want for dinner?”