Jim Jones is taking shots at Lil Wayne for wearing jeggings during his MTV VMAs performance.

Wayne close the MTV Video Music Awards performing his tracks “How To Love” and “John” in a pair of tight seemingly leopard print pants.

The pants obviously distracted from the Young Money head’s performance, so much so that a Twitter account for them has been made: @Waynes_Jeggings. 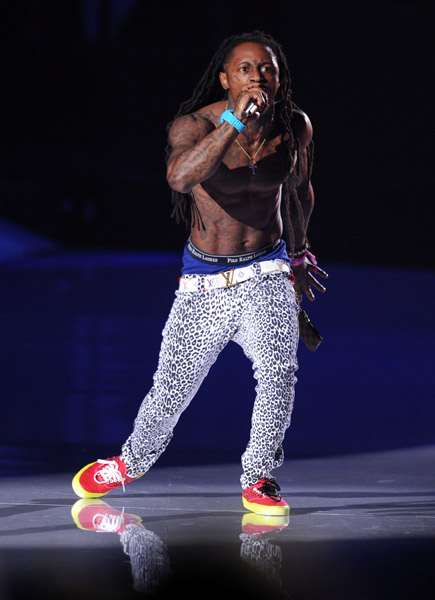