G.O.O.D. Music’s Big Sean was busted a few days ago on a sex charge during a concert.

According to reports, the 23 year-old rapper, born Sean Anderson, was arrested Thursday for an alleged sexual assault during his concert with Wiz Khalifa outside Buffalo, N.Y.

A second man, Willie “Sayitainttone” Hansbro, was also arrested and faces the same charges. They were arraigned and released on $500 bail and are set to appear in Niagara County Court in Lewiston on Sept. 6.

Sean’s attorney released a statement confirming the incident regarding the arrest:

“Last night, recording artists, Sean “Big Sean” Anderson and Willie “Sayitainttone” Hansbro were arrested and then immediately released by the NY State Police in connection with an allegation made by a female who was at their concert in Lewiston, New York.

Big Boi arrest on next page. 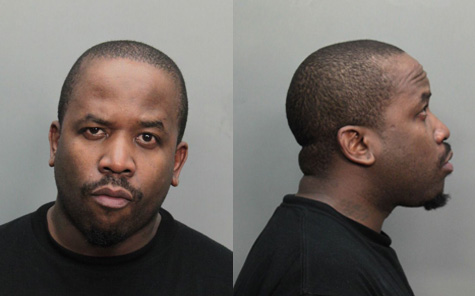 OutKast’s Big Boi was also in the news this weekend after getting arrested on a drug possession charge while in Miami, Florida.

Reports claims the rapstar was busted for possessing multiple medical drugs on Sunday (August 7), including ecstasy MDMA powder and Viagra, for which he had no prescription.

According to the Miami-Dade County Corrections Department, all charges are felonies.

“While Big Boi was traveling with his group and friends, a small amount of contraband was found in the collective luggage. I am confident when the entire facts are aired Big Boi will be completely exonerated.”