In the ad Naomi says, “Move over Naomi, there’s a new diva in town.” Naomi responded to the controversial ad explaining “I am shocked.

It’s upsetting to be described as chocolate, not just for me, but for all black women and black people. I do not find any humor in this. It is insulting and hurtful.” 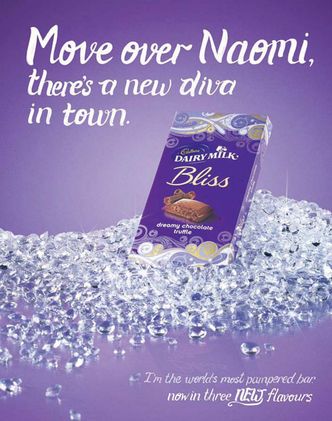 Naomi’s mother had something to say also:
“I’m deeply upset by this racist advert. Do these people think they can insult black people and we just take it? This is the 21st century, not the 1950s. Shame on Cadbury.”