“I first met him when he was interviewing me on TV. I was sick and it was the worst interview I’ve ever done. I was throwing up in a bucket and a doctor gave me a shot in my butt. Nothing was funny to me. I thought it was the most stupid f***ing interview I ever did in my f***ing life.[…]Why am I talking to this idiot? He made me want to throw up again.”

RiRi added: “We did another interview on MTV and I realized he was funny. I was probably a complete b*tch, but only months afterwards did I get it.” 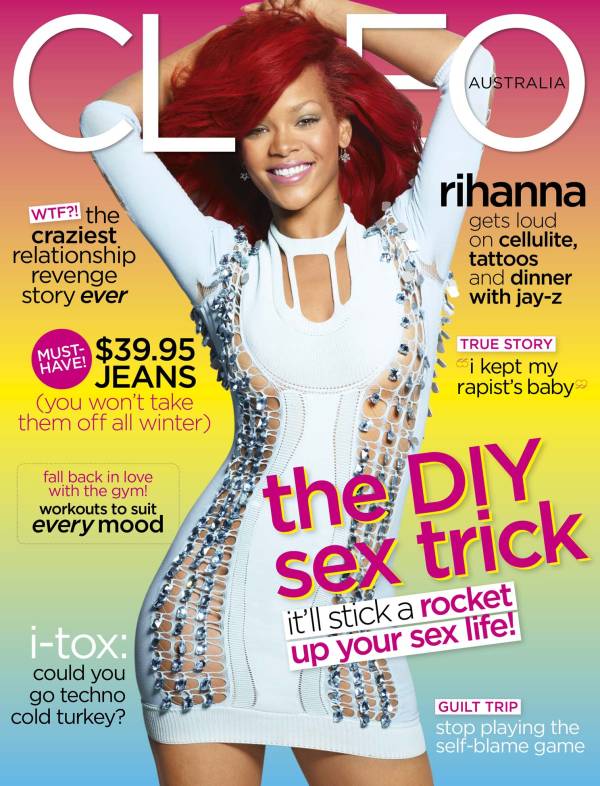 Rihanna covers the upcoming issue of the magazine, where she also discussed dinner with Jay-Z, Cellulite and Tattoos.