The report confirmed Hot 97’s DJ Mister Cee, real name Calvin Lebrun’s, arrest on March 30. The DJ was arrested along with 20-year-old Lawrence Campbell, believed to be a male prostitute that serviced him in a vehicle.

The report suggest that Cee and Campbell were arrested around 3:55 p.m. after an officer noticed Campbell “manipulating defendant Lebrun (Cee’s) exposed, naked, and erect penis with his mouth and lips in an up and down motion consistent with oral sex.” 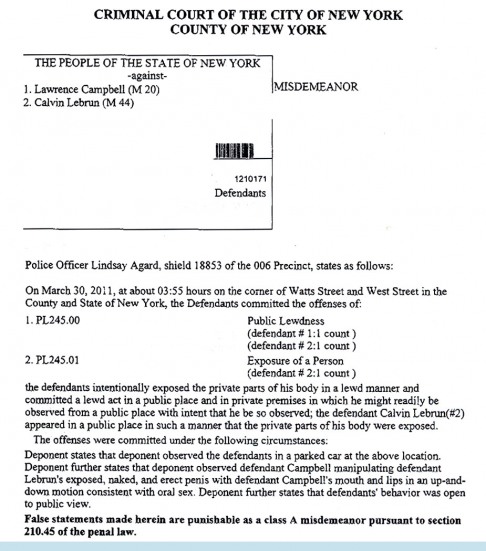 The officer also noted that their behavior was in “open view to the public.”