Wiz Khalifa is indeed a man in love with Amber Rose and not afraid to let it be known. The two, who are becoming Hip Hop’s leading couple of PDA (public displays of affection), don’t hold back when it comes to posting photos of themselves cuddling or touching tongues so it was only right that she’d be able to confess her love in an interview.

Wiz On Why He Doesn’t Hide His Relationship With Amber

“I’m me, that’s what it is. I’m completely comfortable with everything about me in my life. That’s what my career has been built off of…everybody gets that right away. You don’t gotta find nothing about me. I’m not going to hide it, I’m going to completely embrace it … I just go after what I feel and I have no problem with being public or just letting people know what’s going on with me, for Real, for real.”

“Well, he’s really funny, he’s really charming and I didn’t know much about his music at first but obviously, he became a good friend. I started listening to his music and we became really close and he’s just awesome. He’s talented, he’s amazing.”

Watch video of the interview below.

There is a new photo circulating of Wiz Khalifa’s new Amber Rose Tattoo “Amb.” See below 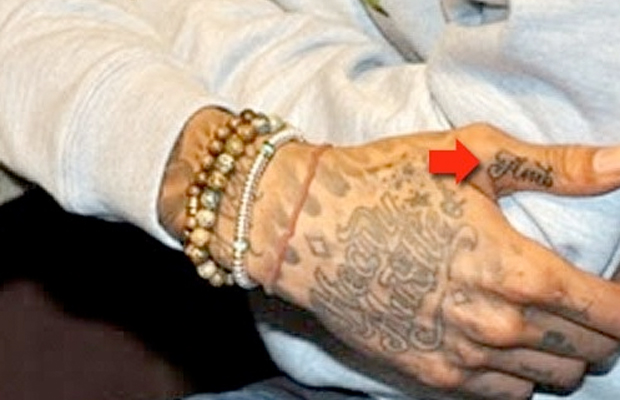