Dancehall heavy weight Mavado, who is making strides as a deejay entrepreneur, brought back Stulla Wednesdays to glory this week.

The popular weekly event, came to an abrupt end late last year after a split between the promoters and the venue Quad. But Mavado and his team now finds a new home at Club Starlight on Knutsford Blvd in New Kingston and fans are loving it.

Fans came out in their numbers for the christening of the new venue, which obviously undergo some recent remodeling to host the show.

Disc Jockeys were on point and overall atmosphere was neutral. There were some shoots for Mavado music video for his Star Bwoy single being done.

Sources close to the Gully God, told Urban Islandz that the video will help promote Stulla Wednesday and strengthen Mavado influence as a promoter and entrepreneur.

“Mavado know wha him a do and he knows the video will help promote the show and bring in more corporate sponsorship,” the source disclosed. 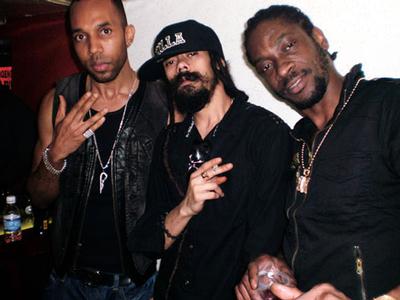 Stulla Wednesdays will be hosted every Wednesday night at Club Starlight.