Host of this years BET awards and hip hop Mogul Queen Latifah said Chris Brown performance at the awards was simply amazing. The singer/actor came out last week in support of Brown.

“Not only was it a knockout performance, but his heartfelt emotion … you can’t plan that, you can’t write that, it’s just truth.” Latifah told journalist.

“The guy is a young guy and he made a big mistake and he needs to bounce back from that. And he needs an opportunity for a second chance.” Latifah said. “We can’t condemn that kid. He’s a kid and he needs to correct the mistake for the future, not live in the past.

Chris break down at the 2010 BET awards during his tribute performs to the late King of Pop Michael Jackson. Brown will perform at this year Reggae Sumfest in Montego Bay Jamaica later this month. 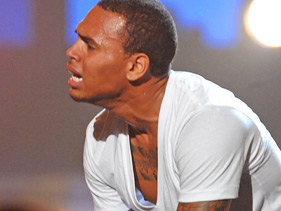