Rumors are surfacing that Avatar actress Zoe Saldana has gotten engaged to her longtime beau Keith Britton. Zoe Saldana is of Dominican and Puerto Rican heritage. She first appeared in the 2002 hit movie Drumline and later became a mega star in Avatar which broke box office records.

The 32-year-old has been dating Britton, chief executive officer of My Fashion Database, for 10 years.

Saldana, despite being a media darling she has been quite keen to keep her love life out of the papers.

Another insider said: “She doesn’t even introduce him as her fiancé. She will just say, ‘This is Keith’. She likes to keep her personal life to herself and wants people to focus on her as an actress.” 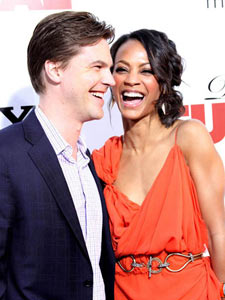