NBA YoungBoy raised eyebrows when he said he can outrap Jay-Z in his ongoing beef with NoCap.

NBA YoungBoy is beefing with his former artist NoCap, whom he accuses of being ungrateful and disrespecting him to others despite owing him money. On Friday, the two artists traded shots at each other after YoungBoy wrote a subliminal diss at NoCap. In an Instagram Story, YoungBoy says that NoCap has been lowkey dissing him and hinted that they no longer work together because of that.

“I pay attention to all that slick a$$ sh*t you be doing & saying you a b*tch a** r what I call a real rapper we don’t do music cause I don’t fwy,” NBA YoungBoy wrote. He added, “Stop speaking on me to these people you my daddy artist you af worker b*tch you ain’t my brother you pay me.” 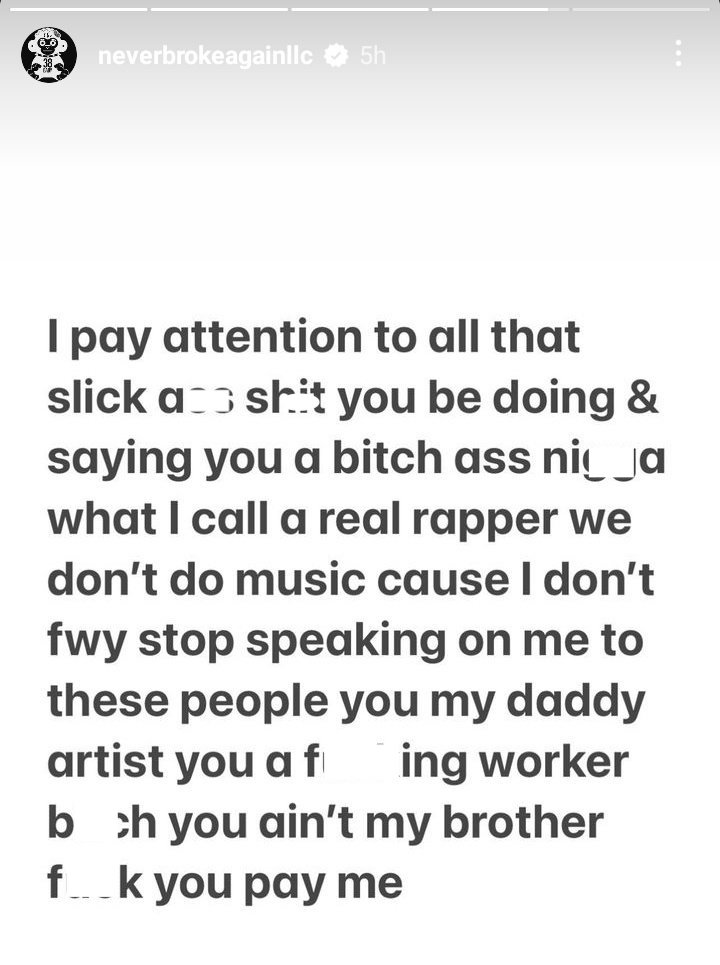 While fans speculated about YoungBoy’s comments, NoCap retorted with a direct message clearing the air about his relationship with the Louisiana artist and why they are no longer friendly. According to the former Never Broke Again artist, he was always loyal to YoungBoy but did not get the artist’s support because YB was threatened by his success.

“I see it’s my turn dis week huh? i neva did u nun bad I screamed free you before and after every venue/club I carried dis sh*t when u was gone,” he said.

It seems that NoCap has also referenced Kodak Black in his response as the person who made disparaging comments about NBA YoungBoy, noting that he remained loyal.

“I stop f**kin with n****s as who would’ve did whateva to see me win to stay loyal to you hatin a$$,” he began in a lengthy reply accompanied by a video of him performing in front of a crowd.

NoCap also called out YoungBoy for claiming that he supported him and even said that the Atlantic artist wanted him to pay for a feature despite him being an artist on his label Never Broke Again that just signed a multimillion-dollar Motown label deal.

“Let me kno what I owe u, i don’t recall u givin sh*t, I took the blame for why we don’t do music cus I was tryna keep yo hater card clean but nah we really don’t do music cus he probably scead I’ll be bigger on some baby sh–,” NoCap said.

“Bru told Atlantic he wanted money for the feature on Mr.Crawford u neva supported me u posted by sh*t once, I been sign to NBA for 3 years, but I’m raw so I kept dis sh*t going on my own.” 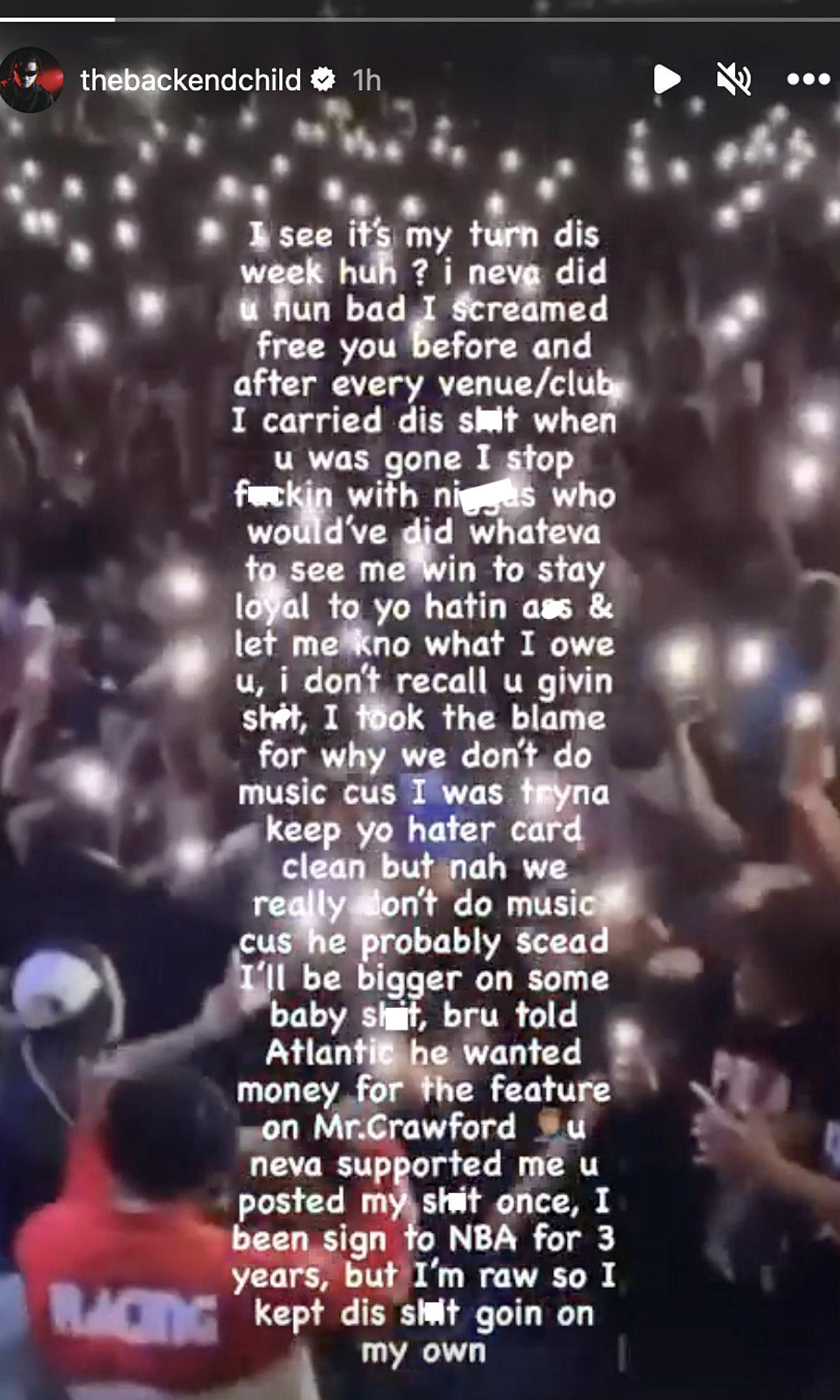 YoungBoy later responded to NoCap with several messages, including one which boasted about his ability to out-rap the G.O.A.T Jay-Z.

“Jay-Z can’t out-rap me boy this ain’t bout no music you just a scary b*tch I wanted revenge on the labels n***ga im holding over here you ain’t even got 300k for yo tax bill clown just protect yourself p**sy,” he wrote on Instagram stories.

He added, “You play industry chess but just don’t know this game ain’t got no loyalty these rappers gone kill yo p**sy a$$.”

He also accused NoCap of using him and Quando Rondo, who gave him his first opportunity.

“You ran with me cause I was poppin at the money sh*t hit the fan you couldn’t even take a picture with quando you a b**ch f**k you n***a let yo mama love you,” he said in another story.

“You signed cause of quando facts you ain’t sh*t without him he the only one can save you honestly you ain’t never heard of the black sheep,” another said.

YoungBoy also didn’t care for any of his critics as he left a crude parting message about his sexual health.