Drake says Covid-19 is the culprit behind his receding hairline and while his signature Certified Lover Boy heart is fading.

In coping with the pandemic, meme creation is at an all-time high, and this is especially evident as Drake reveals he has had COVID-19, but instead of asking for prayers, the singer begs for fans not to troll him.

COVID-19 seems to be making its rounds with a few celebrities, and Drake is the latest victim succumbing to the virus. Thankfully, it appears he’s recovering well with only one major side-effect, a terrible haircut. The rapper is well-known for his signature hairdo, which consists of a heart-shaped cut-out in his line-up. However, when he posted a few new pictures to his Instagram stories, fans noticed that things were lopsided.

Drake posted the photo to update fans on the status of the highly anticipated studio album, Certified Lover Boy. The album should have been released long ago, but it has been the subject of numerous delays.

Drizzy recently informed fans that the album is now in the mixing stages, which means it’s almost at full completion. Despite this, Drake has returned to the studio for some finishing touches, and the new photos give some insight into all the hard work the “God’s Plan” rapper has been up to.

Akademiks, along with other media outlets, began circulating the photo, but the reception was one that Drake had not expected. Fans immediately took to the comments to troll and ridicule the rapper for the mishappen heart design. The Toronto native quickly got wind of all the jokes and responded, letting his fans know that his COVID diagnosis was to blame.

“I had Covid that sh*t grew in weird I had to start again, it’s coming back don’t diss,” he expressed. 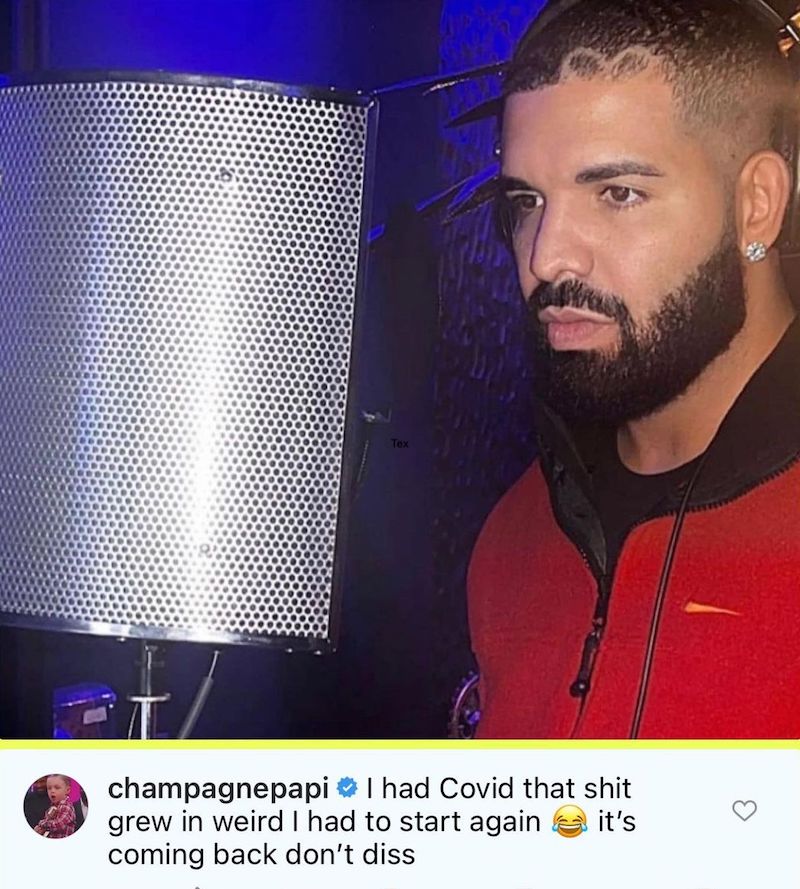 He did not get into any further details regarding his diagnosis or if he suffered any other symptoms or hardships, but it would seem that he is doing much better. In light of his revelation, fans are now hoping that the album will not be delayed any further.