Safaree may have inadvertently triggered a response from Saweetie after sharing his feelings about marriage.

Safaree says, “marriage makes everything way more serious than it needs to be.” The 40-year-old rapper spoke to Yung Joc and his crew on Street 94.5 Atlanta recently, where several things regarding his personal life were discussed. The rapper, who has been making headlines with his tumultuous marriage to fellow Love And Hip-Hop Atlanta star Erica Mena, told the host that marriage makes everything more challenging.

“Grown man real talk, I know that it may sound childish and immature but it’s like marriage, I just feel like it makes everything way more serious than what it needs to be. Everything,” he said. “Going to the supermarket, taking out the garbage just everything is way more serious.”

Safaree and Erica have been married for two years. After a heart-warming, emotional public wedding in September 2019, the couple went on to start a family, but the journey has not been very smooth. After a number of social media banters, including Safaree’s proclamation that getting married was ‘the biggest mistake of his life,’ Erica filed for divorce in May, just weeks after announcing that she was expecting her second child with Safaree. In the court documents, Erica noted that the then one-and-a-half-year marriage was “irretrievably broken” with “no hope for reconciliation.” 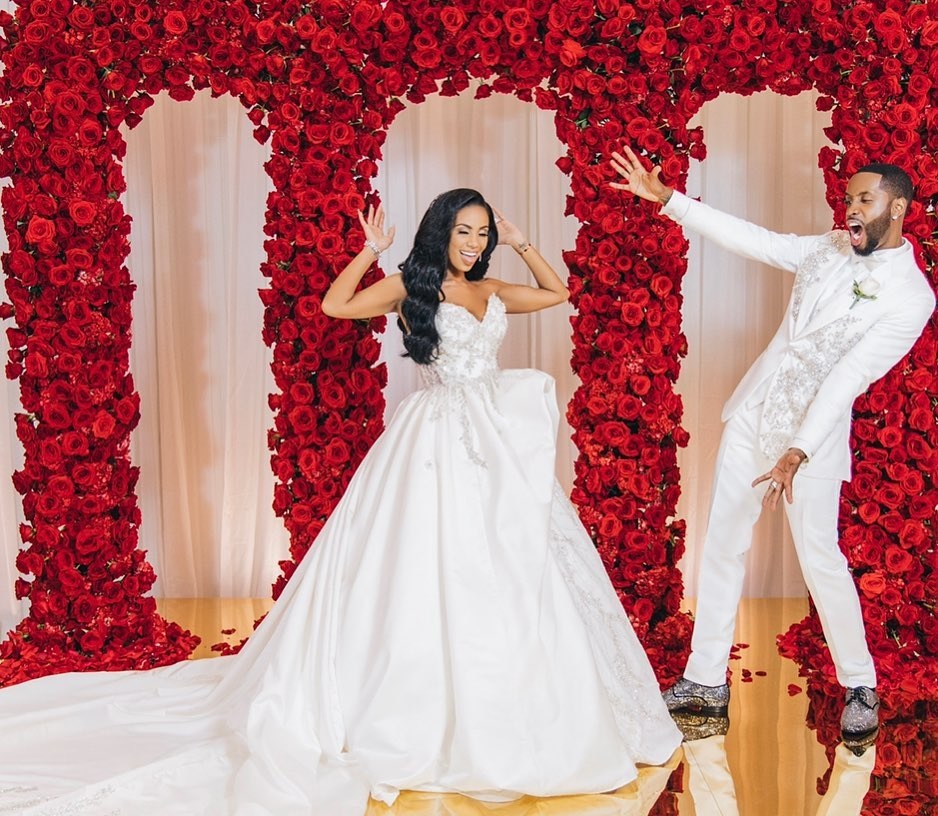 One would not expect the breakdown in their marriage to happen this soon, but Safaree explained the difference between a long-term marriage back in the day compared to modern-day marriages.

“I know that some people be like ‘oh I’ve been married for 20, 30 years,’ alright cool, that’s good that’s y’all….but we live in a different era now and especially with this era of social media and people letting it really affect what they do on the daily,” he said. “Its not the same…especially being in the public eye. The people like ‘yeah I been married for 20, 30 years yeah but everybody ain’t in y’all business.”

Safaree’s name has been in the mud over the past few weeks, with social media users dragging him for celebrating his birthday in Jamaica, while his newborn son, Legend Brian Samuels, was born prematurely thus and admitted to the NICU.

This has led to a flood of comments condemning the rapper under his posts. “U making men look so bad now out clubbing while ur newborn son is in the hospital,” one user said, while another questioned, “What kind of father doesn’t go see their newborn your sad.”

But, Safaree disclosed that he was actually home at one point when he was being dragged. When asked how things are with his new baby, the rapper responded, “You don’t see how tired I look?” suggesting that he has been taking care of the child, but noting that he likes that “he gets to keep it to himself.”

“[They] be like ‘yo go home, go be a father’ I wanna curse so bad. I’m like I’M HOME, mind your business and leave me alone, go worry about your kids,” he said.

“You know what’s so crazy, when I was posting Jamaica, I was home. Like a lot of people don’t know that,” he added.

A post shared by Gossip Of The City (@gossipofthecity_)

Safaree Samuels also hinted at what many fans were already speculating; that this is just for the Love and Hip Hop Atlanta show or just a stunt to have their names running in the media, whether through good or bad publicity.

Many are speculating that, therefore, the two may not be getting a divorce after all. But for that, we will have to wait and see how it plays out.

Either this is bad timing from Saweetie or she is directly responding to Safaree’s statement on Twitter.

“Don’t beg for a title and not live up to it,” Saweetie tweeted.

don’t beg for a title and not live up to it.