Daz Dillinger says Snoop has held a longtime grudge after Eminem turned down a feature on his album.

Eminem and Snoop Dogg are two legends in hip-hop who have been in the game for decades. While there is no record of a prior rift between them, Snoop raised suspicion that there was beef after a recent interview. A few other hip-hop greats discussed the tension between the two emcees on Clubhouse with Joe Budden.

Noreaga, Daz Dillinger, Royce Da 5’9″ among others weighed in on the conversation and like fans, none of the hip-hop figures would want to see Em and Snoop at war. When asked what he would think about “that battle” N.O.R.E responded, “Hell no!” he exclaimed. “They history is too thick, man. Them muthafckas is grown men! We don’t need no rap battle at this point. Hell no, man. Get in the fckin’ room and talk about it. We way too old for that man”

He went on to say, “That’s like step-children fightin’ and sh*t. And they both from the same lineard [sic]. The same person that made Eminem great is the very person that made Snoop great.” Royce Da 5’9″ agreed that it would not be ideal if Em and Snoop started exchanging diss tracks. In his experience, the two are always “cracking jokes” and seem to be good when he’s seen them together. “No upside to that. Just the kind of contributors that they both are, I don’t think that’s a good idea on no level,” Royce said. 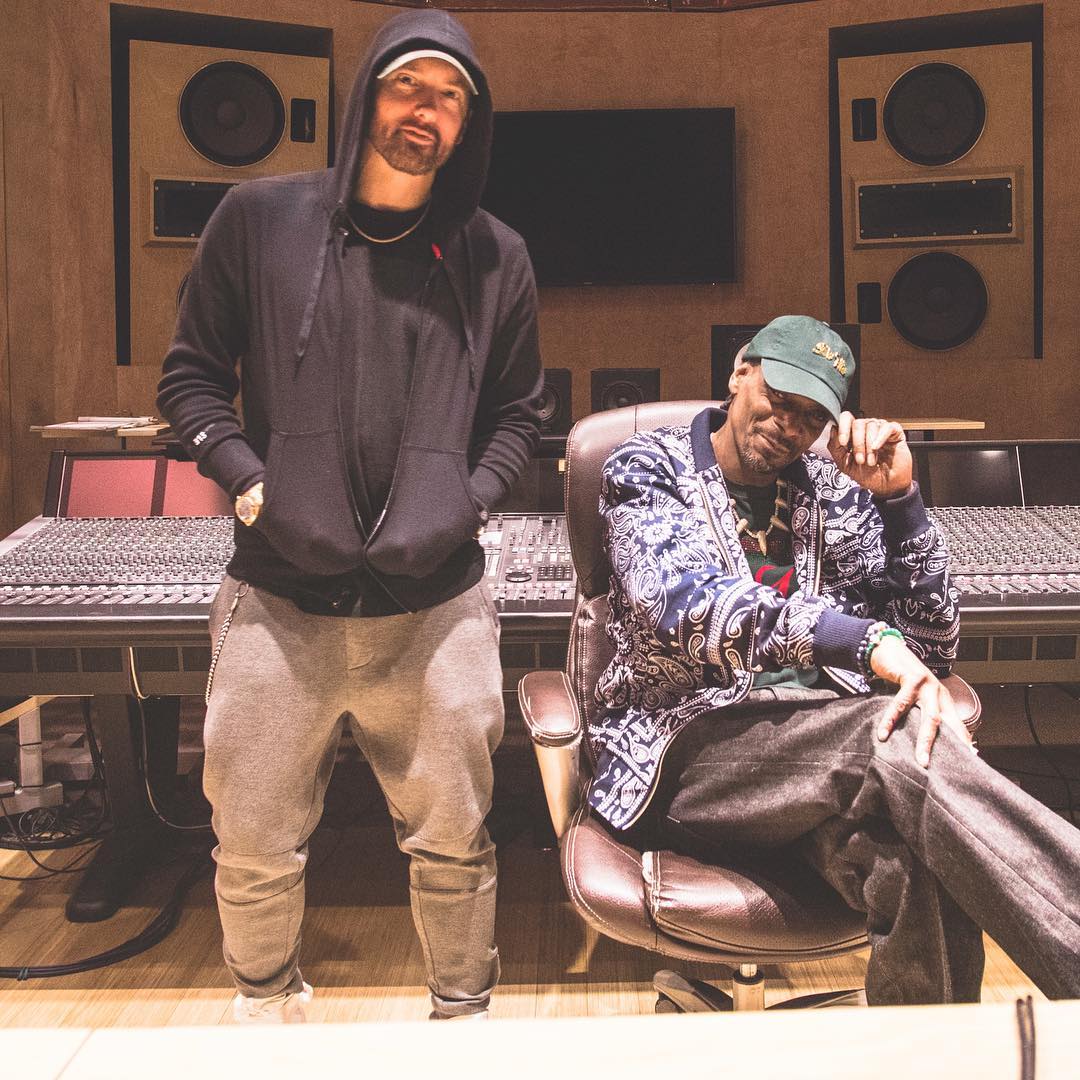 The group went on to discuss how sensitive people are these days about opinions in hip-hop music. “Because we’re famous, we can’t have [an] opinion. I can’t say I don’t like—and that’s what this whole little Eminem, Snoop sh*t derived from,” Noreaga explained.

“It’s just Snoop saying, ‘Em is a dope lyricist, he’s just not in my top 10.’ Then Em responded and said it wasn’t what Snoop said, it was Snoop’s energy, how he delivered it. And it’s like dudes we can’t even have opinions anymore.” Though Royce argued that Snoop did add that he could probably live with any Eminem album, he said, “But I agree, it didn’t have to be a diss in a song behind it.”

The discussion led to Daz Dillinger revealing that Eminem once rejected a feature on Snoop Dogg’s album. Apparently, Snoop took it as an affront because well, he’s Snoop Dogg, and also Snoop appeared on the track “B*tch Please II” from Eminem’s The Marshall Mathers EP. “He took it personally, and that’s why you never heard a song from Snoop and Em since then,” said Daz.

Royce corroborated the story saying he’s heard it too but wasn’t going to mention it. Do you think there has secretly been beef between Em and Snoop since then?