50 Cent says he is getting his body right for OnlyFans and his girlfriend Cuban Link seems to agree.

If you are a consumer of social media who keeps up with top trollers like 50 Cent, then you may have noticed that the former G-Unit rapper has started sharing his workout journey with fans online. According to Fifty, his objective here isn’t just to look good for him or a special lady in his life but instead, he is going all out for the fans.

Fifty took to Twitter today (Dec. 8) to tell fans to go check out his OnlyFans page after bashing the use of the exclusive content platform in the past because of its racy nature. Alongside a photo of him in mid-workout, the TV producer shocked fans with a caption directing them to his own account. “I’m getting back in shape, in shape, girl you want to see go to my LOL ONLYFANS PAGE,” Fifty wrote before following up with a joke. “Now why would you go looking at, I am a boy Damon WTF I change my mind. LOL.”

50 Cent’s girlfriend Cuban Link shared her reaction to his post while seemingly giving him her stamp of approval. 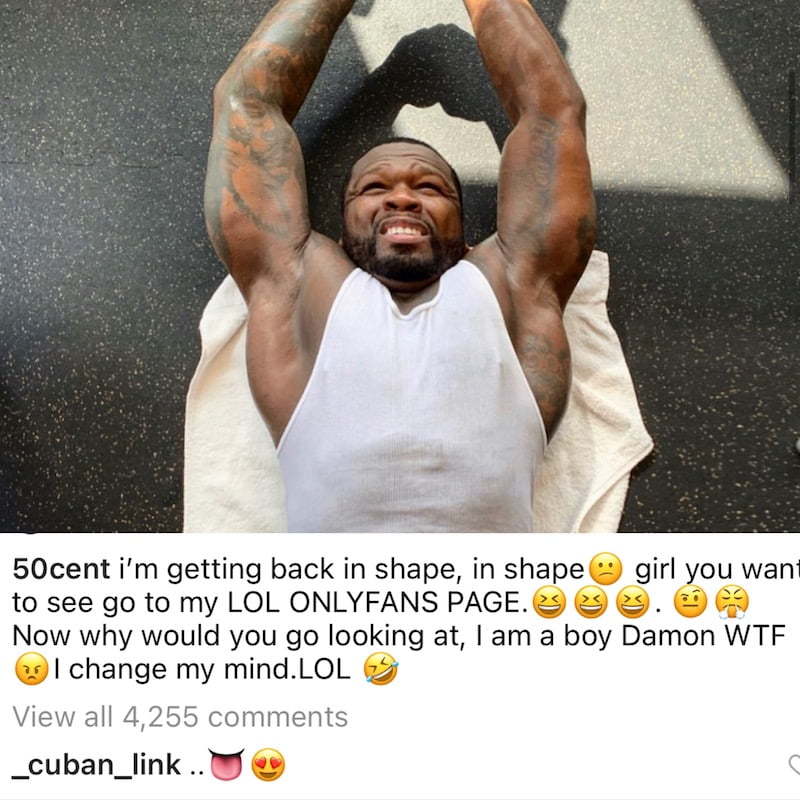 Of course, fans are skeptical that Fifty will actually go through with it but based on the responses to his tweet, it seems a lot of Fifty’s supporters would be down to see those muscles on full exclusive display. The TV mogul is currently working on his new series “Black Mafia Family,” which he recently announced he is now casting for. Perhaps Fifty’s exercise routine is an effort to get back into shape for the show, but it is yet to be confirmed if he will be a castmember in addition to his role as executive producer.

Whether 50 Cent really changed his mind about OnlyFans or not is yet to be uncovered, but most fans are hoping he has. Are you keeping your eyes peeled for an official announcement from him?