Lil Wayne has been busy on social media lately, and his daughter has taken notice. A look at Weezy’s Instagram will fill you in that the rapper is a man in love. At the moment, Lil Wayne is dating model Denise Bidot, who has done work for Rihanna’s lingerie line, Savage x Fenty. The relationship is still new, with the “I Do It” rapper revealing the romance on his Young Money Radio show in June, but it comes after a broken engagement to fellow model, La’Tecia Thomas. La’Tecia had accompanied Wayne to the launch party for his Funeral album and even inspired some of the tracks, but by May, things seemed to be over for the pair.

Denise Bidot has been happy to celebrate her new romance with Tunechi by posting pics on Instagram, but it is not unrequited as the rapper has reciprocated. Wayne put up a photo of his lady love pursing her lips while in the car and captioned the snap, “Like the one I got!” 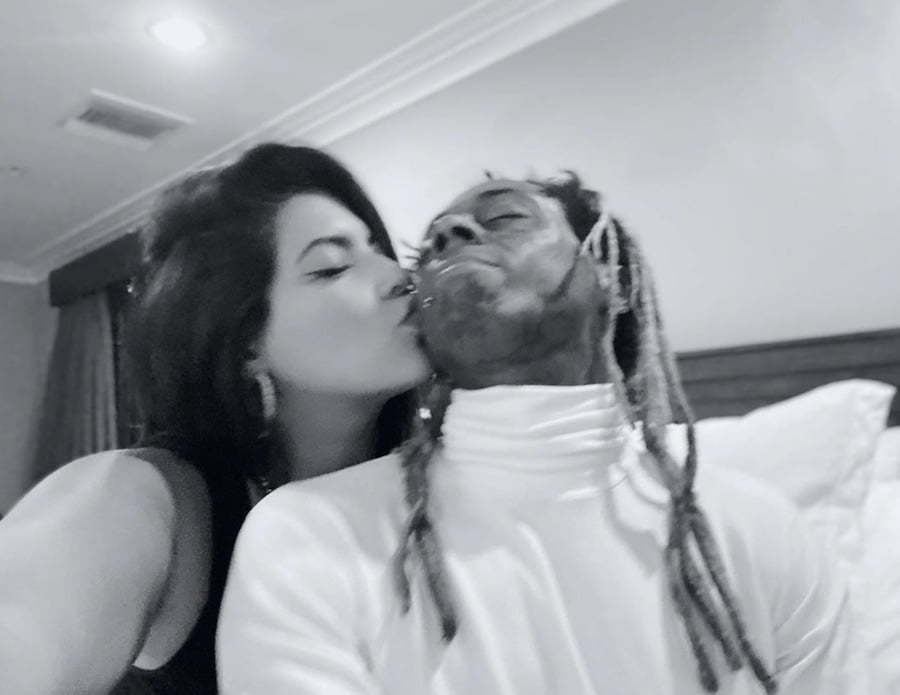 Denise left a comment that said, “I fkn love you,” but someone else who commented was Lil Wayne’s daughter, Reginae Carter. The 21-year-old is his first child with ex-wife Toya Johnson and was born when the artist was just 16. She popped up in her dad’s Insta comments with some surprise to see him around. “I don’t even know you be on the gram my guy,” she wrote. 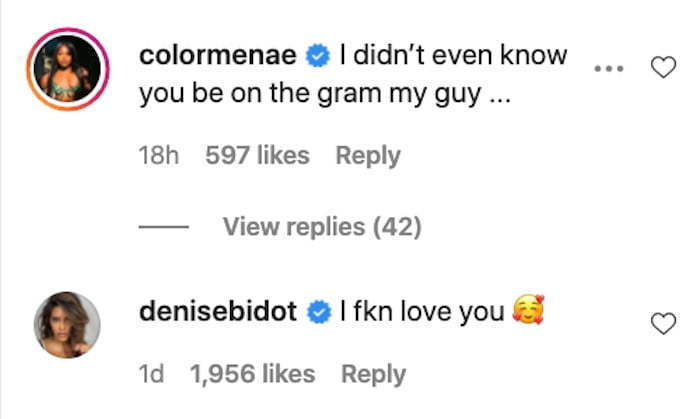 Some have interpreted the remark as Reginae Carter being shady about her father’s relationship. The Growing Up Hip Hop star has been forthcoming about her parents’ romances in the past, sending sweet wishes when her mom got engaged to her boyfriend Robert “Red” Rushing two months ago.