Tekashi 6ix9ine found out today that he can’t shop at the mall in peace even with an army of security personnel.

Tekashi 6ix9ine is officially off house arrest, and it appears he isn’t wasting any time getting back out into the streets. After logging off social media for a while due to safety concerns, there was a lot of speculation surrounding Tekashi’s next move considering he certainly has a least a few former associates out to get him. 6ix9ine earned a reputation as one of the greatest snitches of all time after testifying against fellow Nine Trey gang members in exchange for a reduced sentence. However, it seems that despite the clear risk, the rainbow-haired rapper has opted to casually stroll through the streets now that he has reached a new level of freedom. 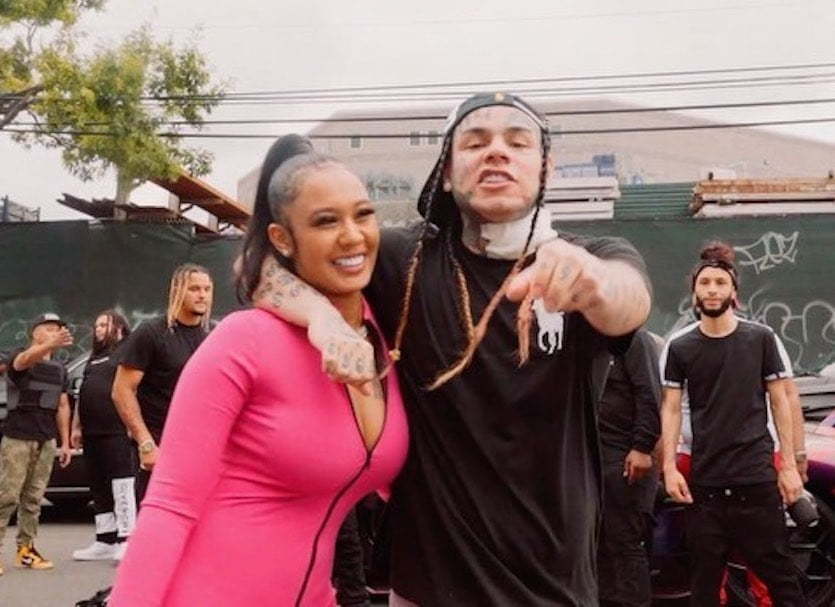 Of course, that’s not to say that 6ix9ine is without security. He was spotted on Tuesday at the Westfield Garden State Plaza mall in Paramus, New Jersey, with a whole squad of bodyguards. Several shoppers quickly pulled out their phones to record the spectacle while others began chasing Tekashi down and shouting things at him. Witnesses say that 6ix9ine and his team took off running after someone in the mall tried to start a fight with him. In the below video, you can see a man heckling the rapper forcing a member of his security to step in.

Shortly after the incident, 6ix9ine uploaded a video to his newly reactivated Instagram account with the caption, “This what ya been waiting for, you ready?” The video is taken from the perspective of someone chasing him down the street as Tekashi appears to be running for his life. In the end, he turns around to see what the pursuer wants only to find out that he had been trying to return a dollar he dropped. He is certainly making light of a situation that could end up very dire for him if he isn’t careful. In addition to someone coming after him, Tekashi 6ix9ine is also taking on more coronavirus exposure risk than necessary by going out into the world. Let’s hope he wises up, and quick.

#PressPlay: Looks like #Tekashi69 tried to get some shopping done at a mall today ? (?: @johnnymeetscage)