Tee Grizzley gave a valid reason for why he don’t smoke or drink alcohol.

It is no secret that the music and movie industries are filled with fast-paced lives, usually involving a lot of partying and drug and alcohol abuse. For decades now, many artists have lost their lives to drug overdoses such as Michael Jackson, Whitney Houston, Mac Miller, and Juice WRLD, just to name a few. It has showcased that many artistes have a lot of personal issues that they are facing, and they use drugs and alcohol to cope. Many artistes also promote substance use in their songs making numerous references to “popping molly”, “lean”, “purple drank”, “sizzurp”, “blow”, “snow”, “mary jane”, and “kush”.

However, there are some who do not partake in that lifestyle and make it a point to stay clean. One such artiste is Motor City rapper, Tee Grizzley. He recently sat down with Apple Music’s Ebro Darden to discuss his new music, as well as his healthy life choices and influences. 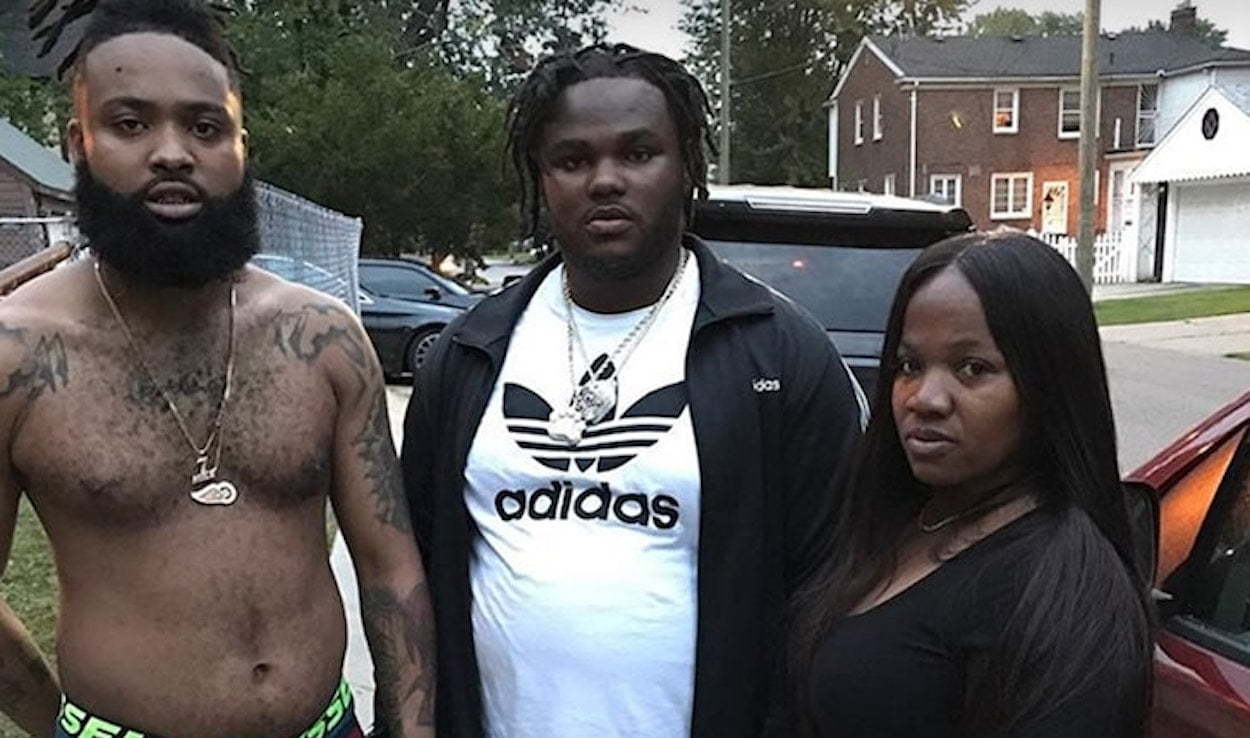 His interesting and wise outlook is directly a result of his tough childhood as he has had some painful and terrible experiences. Back in 2011, his mother was convicted of drug trafficking and was subsequently sentenced to 15 years in prison. Tee spoke about this tragic situation on his track “Locked Up”. Then after thinking he could not possibly manage another hit, his father was sadly gunned down a year later.

Speaking with Ebro, Tee Grizzley also went into detail about the August 2019 fatal shooting of his aunt and manager Jobina “JB” Brown. Based on police reports, the rapper and his aunt were driving in Detroit in his Cadillac Escalade when a shooter opened fire on the vehicle. The gunman then allegedly walked up to the vehicle and then proceeded to shoot Brown, who was sitting in the back seat. Tee painfully stated, “It’s definitely tough. I should have been more on point. I can’t control every situation.”

That loss has refocused the importance of family to him with him adding, “I make sure I check in on the family all the time.”

Triumphantly, Tee Grizzley has continued to push forward using his passion and love for music as a means of keeping him grounded and focused. Now he can proudly boast that he has worked with some of the heavyweights in the music industry. Dissecting his new mixtape “The Smartest,” which features Meek Mill, Lil Baby, Lil Keed, Queen Naija, and Big Sean, Tee divulged to Ebro exactly what the fruition of the project means to him.

The most noteworthy aspect of his album was the opportunity he got to work with fellow Detriot native, Big Sean, on the track titled, “Trenches”. That feature for him proves that he has ascertained a level of recognition in the industry. “It means everything to me. It’s another one of those stamps that you need. If you from Detroit and you going crazy, you gotta have a song with Big Sean,” he explained.

Fans were anxious for the new mixtape with many citing that they hoped to see the true Tee Grizzley “hunger” on “The Smartest”. With production credits to Hit-Boy, DJ Mustard, Avedon, Helluva, and Scott Storch, the new mixtape has been dubbed fire as many commend him for his honesty-laden verses.

Watch the interview on Apple Music.