DMX issued a rare apology to Lloyd Banks after calling him trash but then turn his attention to another G-Unit member, Tony Yayo.

Lloyd Banks is responding to DMX’s claims that he is not among the best lyricists in hip-hop. DMX made a noteworthy appearance on Instagram Live this weekend with rapper Fatman Scoop. The two rappers were engaged in a heated discussion about some of hip-hop’s best lyrical rappers, but they didn’t seem to agree on who makes that list.

According to Fatman Scoop, one man who definitely had punchlines was Lloyd Banks. The G-Unit rapper was known for his lyrical abilities back in the day too, so Scoop wasn’t the first to recognize it. However, DMX called it into question anyway asking, “Lloyd Banks? Lyrical?” Scoop continued to assure X with “Lloyd Banks of course,” he said. “He had some of the illest lines ever,” but DMX was still not convinced.

X challenged Scoop to drop four of the G-Unit rapper’s dopest lines off the top of his head for proof, but he failed to come up with anything and instead went on listing his top lyricists. This left fans wondering if DMX could be right, but moreover, what was his beef with Lloyd Banks? 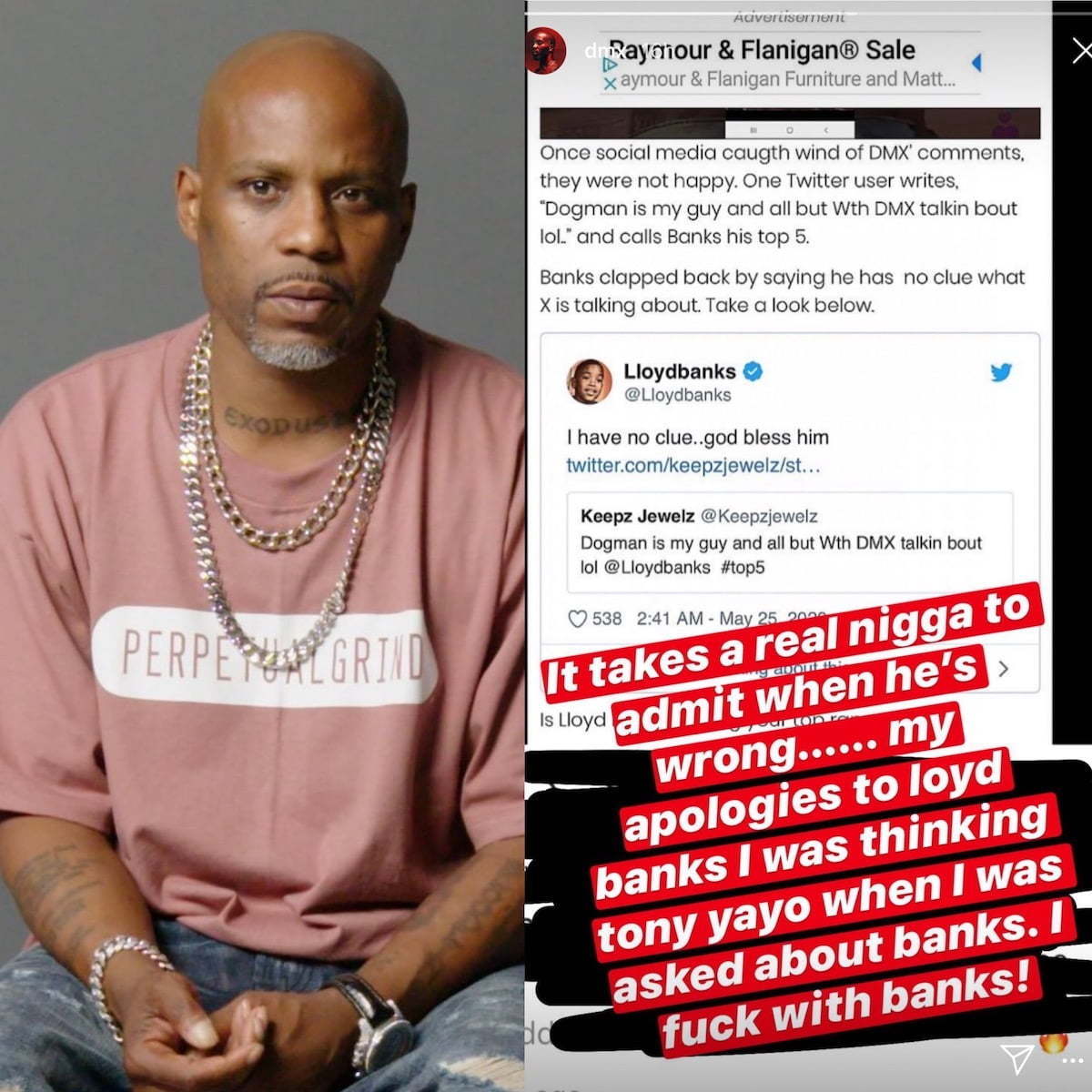 Well, it didn’t take Banks long to respond to the criticism online. In response to a fan who tweeted, “Dogman is my guy and all but Wth DMX talkin bout lol,” Lloyd wrote back, “I have no clue..god bless him.”

He then sent out a follow-up tweet insinuating that DMX is just tight because Banks didn’t link up to cook up. “So because I didn’t come to the studio to work when HE reached out.. I’m not that good?” Lloyd questioned in his tweet adding laughing while crying emojis.

Another fan then tweeted the rapper, “Dog is tweakin, but how you gone turn down a legend though?” he asked, seemingly curious about why anyone would ever say no to DMX. Lloyd Banks kept his reason simple claiming, “I didn’t..I had a flight to catch,” he said.

DMX refrained from stating what his grief was during his conversation with Fatman Scoop, so maybe it’s only fair we take Lloyd Banks’ word for it. Do you think X is really holding a grudge?