50 Cent is on trolling duties again, and this time around, he lets loose on Jay Z and Kanye West.

The “In Da Club” rapper never misses a good opportunity to troll someone. This means when JAY-Z was captured with a weird look on his face just before taking the iconic photo with birthday boy Diddy, West, and Pharrel, a few memes were created, and Fif had to get in on the action. The candid shot of the 4 seems to capture Kanye mentioning something amusing as both Pharrel and Diddy had smiles on their faces, but Jay did not crack a grin and kept his head straight while seemingly ignoring Kanye West.

50 Cent posted a meme created from the image in question to his Instagram account. The meme read, “This is exactly why I ask, who all gonna be over there??” He then captioned it with the glancing eyes emoji before writing the following, “man this is funny sh*t, #lecheminduroi #bransoncognac #starzgettheapp.” 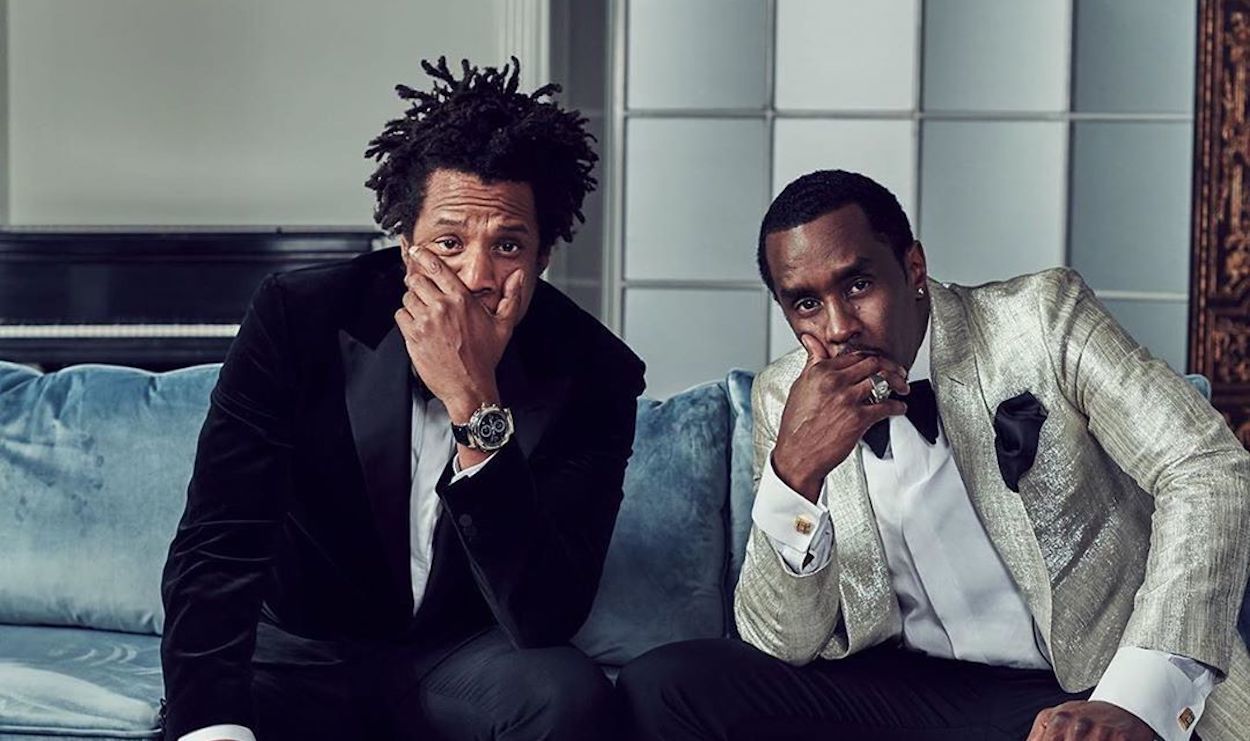 JAY-Z and Kanye West’s beef started back in 2014, which is the year when Kanye West got married to Kim Kardashian, and Jay Z and Beyonce did not show up. Ye was clearly hurt by his friend’s actions and called him out on stage in 2016 when he mentioned that their kids have never even played together.

JAY-Z spoke on the issue during an interview with Tidal when he mentioned that Ye took things too far. “Like, Kanye is my little brother. He’s talked about me a hundred times. He even made a song called ‘Big Brother.’ We’ve gotten past bigger issues. But you brought my family into it, now it’s a problem,” mentioned JAY-Z.

Kanye’s presence may not have been the reason for the look Jay was sporting, but whatever it was, it clearly gave Fif some awesome firepower. Jay Z and Ye were later videoed speaking to each other, seemingly signifying the end of the beef.

One commenter beneath 50’s post asked, “Why you weren’t there though?” Fif replied, “I’m in Dallas doing my take over, I couldn’t make it.”

Based on his response, it seems he was on the list, but he couldn’t make it back to celebrate with Diddy and all the other persons he ensured he scoped out before agreeing to come.