For the record, Drake is a black man although some black folks will put him in the light skin bracket. But on Tuesday night when Pusha T posted an old photo of the Canadian rapper wearing blackface, it sparked a conversation on social media and thus forcing Drizzy to issue a statement explaining what the photo is about. Not that Drake had to address this, but there were a lot of questions asked and the copyright holder of the photo also issued a take-down notice and as a result, the photo was removed from Instagram.

“I know everyone is enjoying the circus but I want to clarify this image in question,” Drake wrote in a statement posted on Instagram Story. “This was not from a clothing brand shoot or my music career. This picture is from 2007, a time in my life where l was an actor and l was working on a project that was about young black actors struggling to get roles, being stereotyped and type cast.”

Drake says the photos were part of a project between himself and another rising black actor, who was his close friend at the time, to help raise awareness to the struggles minority actors face in the entertainment community. On his diss track “The Story Of Adidon,” Pusha T raps, “Confused, always felt you weren’t Black enough / Afraid to grow it ’cause your ‘fro wouldn’t nap enough.”

“The photos represented how African Americans were once wrongfully portrayed in entertainment,” Drake continues. “Me and my best friend at the time Mazin Elsadig who is also an actor from Sudan were attempting to use our voice to bring awareness to the issues we dealt with all the time as black actors at auditions.”

It’s still unclear if Drake will drop another diss track. Here is his full statement. 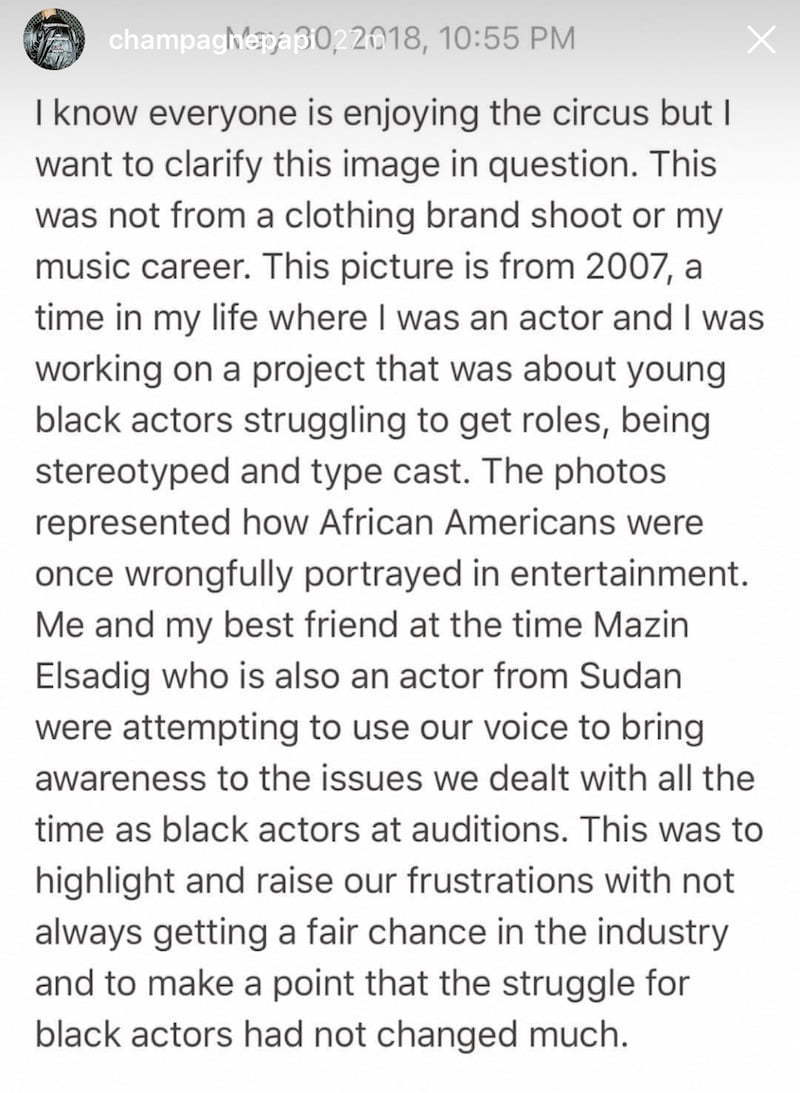