Tamar Braxton and Toya Wright are beefing again and this time it’s triggered by a post from singer about T.I. and Tiny divorce.

On Wednesday, Tamar went on Instagram to beg TIP and his soon to be ex-wife to reconcile their marriage and in the same posts she fired off a few shots at Toya Wright calling her Paperback Toya. “Ya know I’ve been thinking although I don’t feel like social media is the best place to work out personal issues,” Tamar wrote. “Sometimes it can be the most effective way to get your love ones attention. I love you guys and Tiny, you…since I was 19 years old. I would have never dreamed that NONE of us would be in this position. Against public perceptions we know it’s NOT because of that show or lies that paperback Toya has said or anyone else who has had something to say about the disagreement you and I have had… because it’s simply OUR personal disagreement.” She had a lot more to say you can read the full post below.

Toya Wright and her daughter with Lil Wayne, Reginae Carter, weren’t amused by the name calling and fired off a swift and stinging response on Instagram. “Paperback Toya?? Really B**ch?” Toya wrote. “What does your non-sincere apology and fake as public outreach have to do with me?? You are THE fakest b**ch I know. You wrote all of that pathetic, attention seeking bulls**** but you conveniently forgot to tell them why ur REALLY mad?? Speak up l…tell em why you and your so-called best friend of 19 years fell out. Why didn’t you tell them how petty you really are? What type of b*tch gets mad because a friend posts a birthday message about another friend.” Again she had a lot more to say so you can read the full posts below. 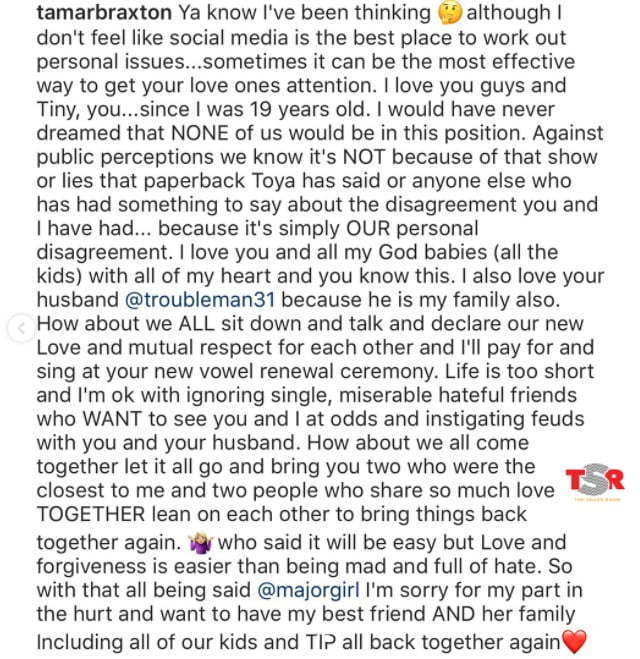 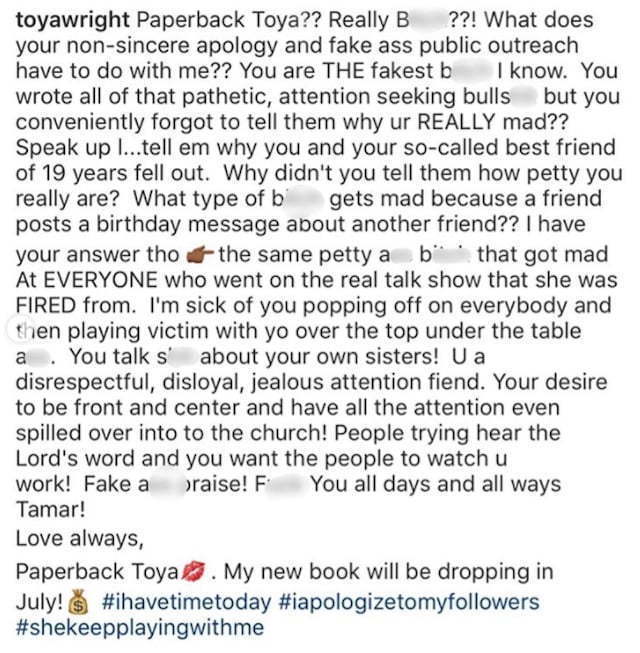