According to reports, the couple announced their engagement on Wednesday (June 6), after Hemsworth popped the question last month with a 3.5-carat diamond ring.

“I’m so happy to be engaged and look forward to a life of happiness with Liam,” Cyrus, 19, told People magazine.

The couple, who met on set their movie “The Last Song,” has been dating since 2009.

Earlier this year the couple denied that they were planning a wedding? after Cyrus was spotted with what some thought was an engagement ring. 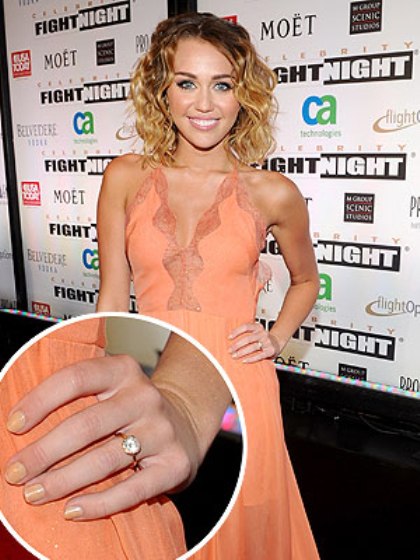