Last weekend the King of Dancehall Beenie Man celebrated his 37th birthday in bling style. The doc went all out and garnered much support from Red Bull, LIME and others. A ever glowing Mrs Davis D’Angel was right by the doc side at the Building Nightclub in New Kingston.

Beenie made his grand entrance at 2 AM to screaming fans and well wishers, as you would know the doc was all dapper out and bling. His mode of transport, a Red Bull van that resembled a miniature tank, that was used as a mobile refrigerator and sound system.

“Mi just come out fi enjoy miself and the vibes is jus right, big up di fans dem,” Beenie told us before heading off to party. 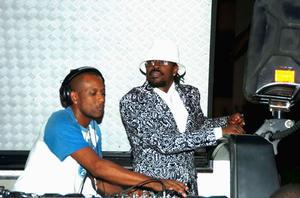 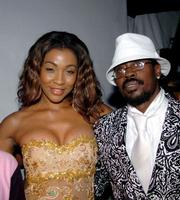