Rihanna teases her new Fenty summer footwear collection as she hit the pause on music.

Rihanna fans and fashionistas will be flexing all summer long as the singer-turned-designer has announced the release of new footwear on her signature Fenty Line. The Bajan ‘badgal’ took to her Instagram yesterday to tease the limited edition line done in collaboration with Romanian fashion designer Amina Mauddi. Rihanna’s passion for shoes has landed some notable deals over the years with her Monolo Blahnik merch and Puma “Creepers” performing exceptionally well, selling out in mere hours.

Known to rock glitzy strappy heels and float over steel grates in stilettos, Riri is back to give fans a taste of her sought after style and lucrative creative direction. Back In 2016, Monolo Blahnik’s website crashed due to the high volume of traffic from their Denim Dessert collaboration, and the re-release of Creepers sold out in under an hour. Impressive as that is, the continuing drift from music-related updates didn’t go unnoticed by the Navy, and in typical fashion, they flooded the comments with their curious requests. 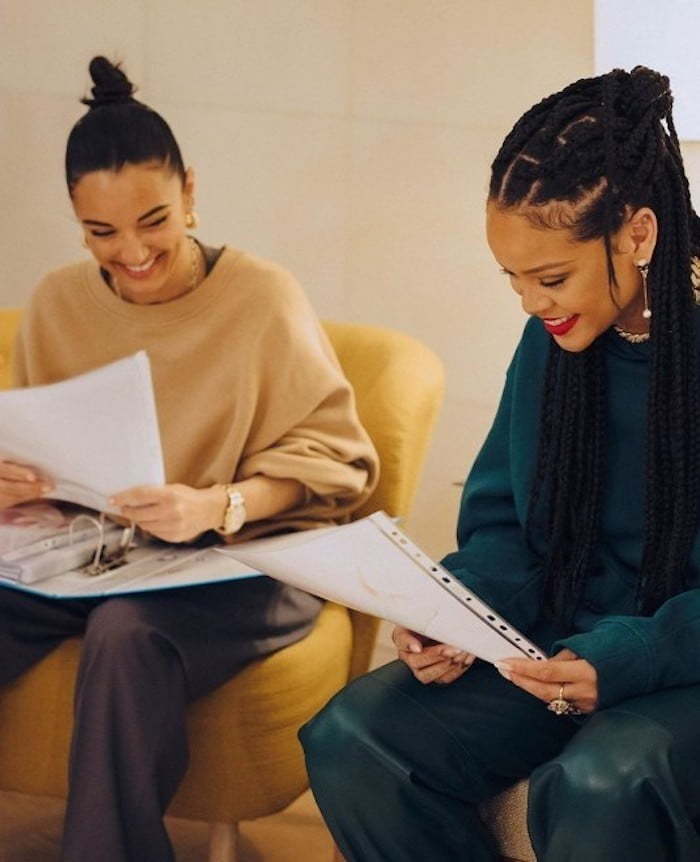 While many members of her loyal legion of fans are ready to have their wigs and wallets snatched, the usual beseeching from the Navy played out below the post of swank strappy sandals on a slender figure shot at an elongating angle with a blue sky view. “Eiffel Tower who?! Next @fenty release is all about… SHOES ! Designed with @aminamuaddi Y’all ready? Dropping July 15th on FENTY.com,” read Riri’s caption, hyping up the fashion forward followers ready to splurge despite COVID-19 surges.

Rihanna rallied the young Middle Eastern designer back in 2019 to create the capsule collection, and both simultaneously dropped the teaser on their Instagram accounts for tomorrow’s launch. But the four-year suspense over new music from the “Diamonds” hitmaker was again too much for her devoted fans to bear. Users questioned “this the album cover mamas?” racking up quite a few likes on the query while another wrote, “I get so excited… then I realize it’s not music” with enough crying emojis to fill a line or two. 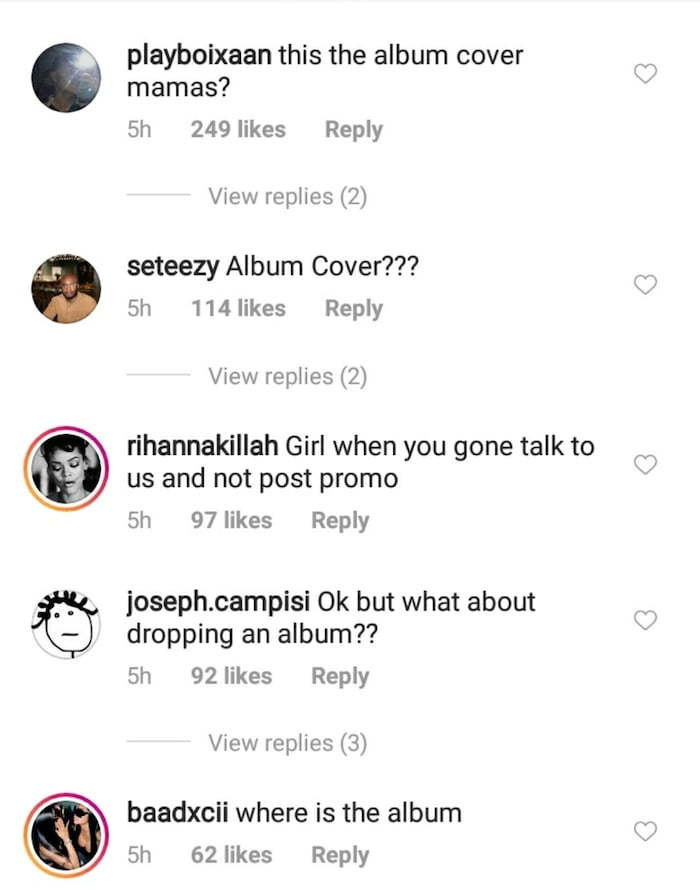 Just like the model in the promo pic, it seems the Navy has their head in the clouds on this one as the ‘Lemon’ crooner, of course, left no feedback for her still waiting following. In the meantime, Rihanna’s main focus is all things Fenty and building her empire through iconic partnerships. Amina’s luxury heels label took off last year after a host of celebrities such as Kendall and Kylie Jenner began sporting the brand. The young creative said of the joint project, “It’s been an immense pleasure developing this shoe drop for @badgalriri and @fenty. I hope you like it as much as we do.”

Eiffel Tower who?! Next @fenty release is all about… SHOES ! Designed with @aminamuaddi ?? Y’all ready? Dropping July 15th on FENTY.com