“Detta way or get away” is sharp on tongues of the followers of the ‘ManHimself.’ Fans of Alkaline took to social media platforms to ridicule Vybz Kartel and Spice after they released their albums on August 6th. Despite the success of 10 and Born Fi Dis, which have already made their place in the top ten of the Billboard charts, the Vendetta camp remains unimpressed.

The Top Prize artiste’s sister, Kereena Beckford, who is also his manager, joined fans in reacting to Vybz Kartel and Spice’s first week numbers, by re-sharing a picture of Alkaline’s Billboard plaque for Top Prize, with the caption, “Everything aguh mek sense soon.”

Beckford added, “Haters looking so pathetic” on an image that illustrated the first week numbers for Vybz Kartel, Spice, and Skillibeng in comparison to Top Prize.

“So they call Vybz Kartel and Spice the king and queen of Dancehall, they said Alkaline fall of[f] and Skillibeng is the only one who can take Kartel’s place as the next king of Dancehall. Alkaline then released an album called #TopPrize they said the album flopped cause it sold only 1.5k pure sales the first week and now Vybz Kartel, Skillibeng, and Spice all dropped an album and if you add up all the 3 album’s first week sales is not up to Alka’s 1.5k pure sales #legendary #dettawayorgetaway #vendettaforlife,” the image read. 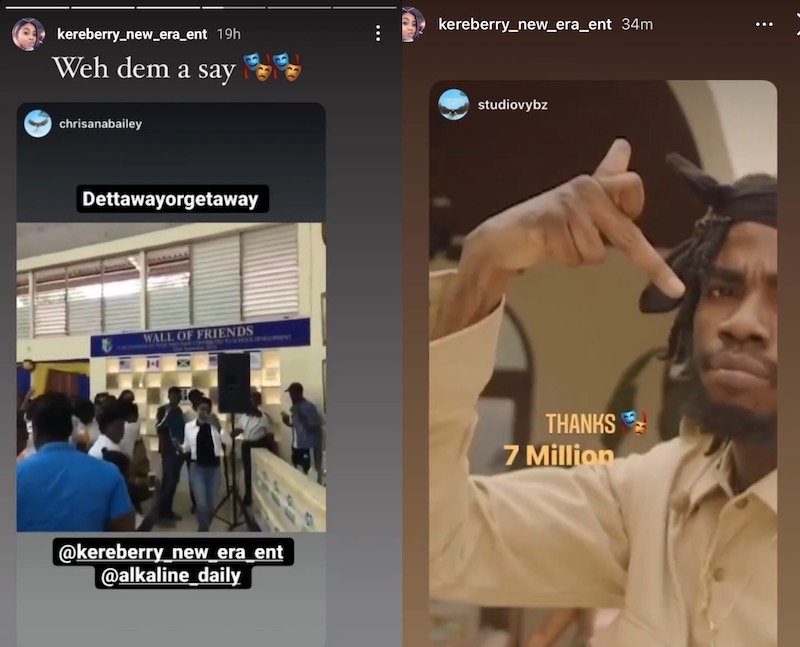 On Monday, Alkaline’s fan page, alkaline_daily tweeted, “Y’all know the self proclaimed king and queen of Dancehall right ? Yeah they both put dropped an album on the same day and both of their first sales COMBINED together still don’t surpass Alkaline’s first week numbers put dem together dem still Nuh Mek one. Pathetic ! #DettaWay.” 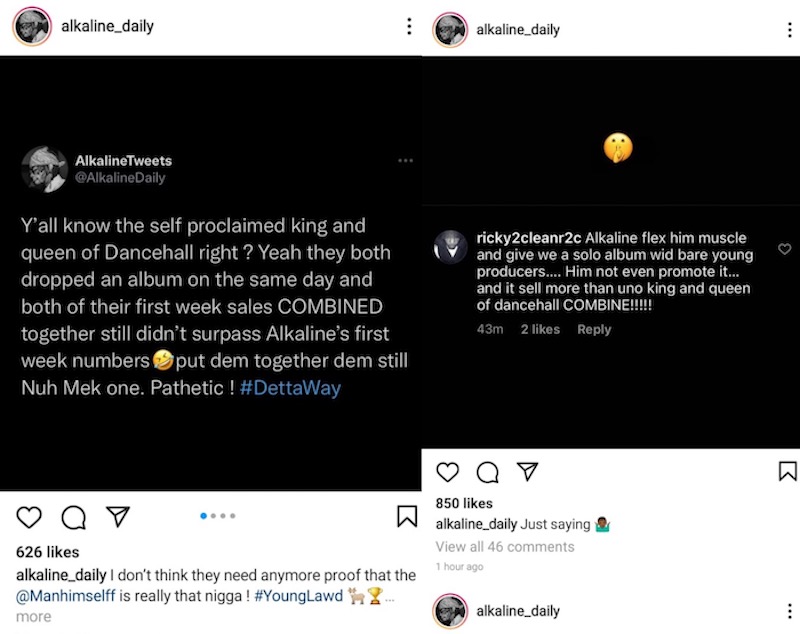 Beckford ramp up the pressure on all sides as she continues to post fan stories with the scathing tagline, ‘Dettawayorgetaway.’

The reaction from fans, Kereena, and Jahvy Ambassador are in response to the recent insults hurled at Alkaline from his critics in dancehall including Bounty Killer, Popcaan, and their fans. His album was recently dubbed as “Flopprize” and “Flopfries” by Bounty Killer, who never hides his disdain for the Vendetta deejay.