As what would have been Tupac’s 50th birthday approaches, Jada Pinkett-Smith is sharing a never-before-scene piece of literature written by the late rap legend.

Tupac Shakur is widely recognized as one of the most profound and influential rappers of all time, and as such, he was and is still adored by legions of adoring fans all across the globe.

Tupac’s legacy lives on as his close friends and family continue to reveal untold tales of the rap icon. Jada Pinkett-Smith and Tupac shared a close friendship. So close that there were rumors that their relationship was more than platonic.

The nature of their relationship was so intense that Jada’s husband, Will Smith, recently told Charlamagne that God that he was “deeply insecure” about Jada and Tupac’s friendship. 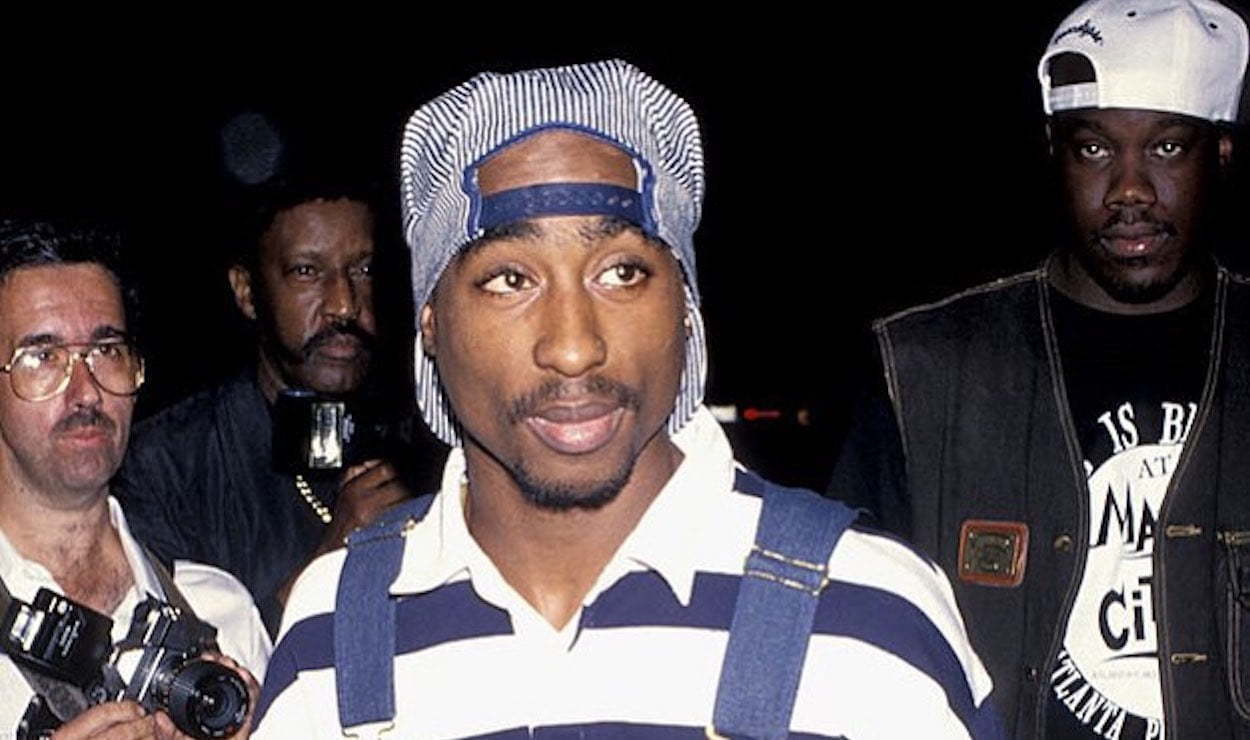 “I could never open up to interact with Pac. You know, because we had a little bit of a thing. You know, they grew up together and they loved each other, but they never had a sexual relationship,” he said.

Mrs. Smith has recently shared additional details confirming that she and Tupac shared something special.

The actress posted a video displaying a handwritten poem titled “Lost Soulz” with what appears to be Tupac’s signature.

The video was captioned, “Tupac Amaru Shakur would have been 50 midnight tonight! As we prepare to celebrate his legacy … let’s remember him for that which we loved most … his way with words. Here are a few you may have never heard before.”

In introducing the poem, she said, “I went down memory lane. Over the years Pac wrote me many letters and many poems and I don’t think this one has ever been published, honestly,” she said. “He had a song called ‘Lost Souls’ on the gang-related soundtrack but I believe this was the original concept because he wrote this i believe when he was at [incarcerated] at Rikers…. I don’t think he would have minded that I’m sharing this with you guys.”

Jada Pinkett-Smith went on to read the handwritten words fluently.

“Some say nothing gold can last forever / And 2 believe this [I] need no proof / I have witnessed all that was pure in me / And be changed by the evil men can do / The innocence possessed by children / Once lived inside my soul / But surviving years with criminal peers / Has turned my warm heart to cold / I used 2 dream and fantasize / But now I’m scared 2 sleep / Petrified, not to live or die / But to awaken and still be me / It is true that nothing gold can last / We will all one day see death / When the purest hearts are torn apart / LOST SOULS are all that’s left / Down on my knees I beg of God / To save me from this fate / Let me live to see what was gold in me / Before it is all too late.”

Tupac, born Tupac Amaru Shakur, died in 1996 in a drive-by shooting. He was only 25 years old at the time of his death. The late rap icon and Jada Pinkett-Smith were very close prior to his passing.