Serena Williams posted a photo of her baby bump on SnapChat on Wednesday it broke the internet.

The tennis legend fueled pregnancy rumors when she posted a photo of her growing baby bump on her SnapChat page. “20 weeks,” she captions the pic. Now she has finally confirm through her reps that she is in fact pregnant with her first child with her fiance Alexis Ohanian. If she is 20 weeks pregnant, this simply means that she was pregnant at the time she won the Australian Open back in January.

After posting the photo on Snapchat, Serena Williams quickly deleted it prompting speculations that she was just trolling us. But now her spokeswoman Kelly Bush Novak has stepped forward to confirm that she is expecting her baby during the fall of this year. “Serena said that I should make sure if anyone asks that that is clear,” Bush Novak said (via NY Times).

Serena Williams currently holds the title for the most Grand Slam wins with 23 titles, the most for any player man or woman.

.@serenawilliams will have a new pride & joy to hug and call her own soon! Congratulations on the exciting baby announcement! #USOpen pic.twitter.com/NXxlY4vC6q 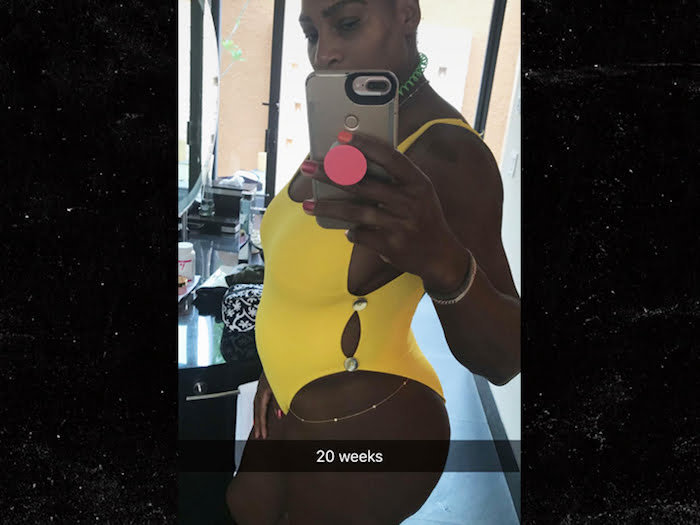 My only regret is not pointing my toe sorry coach Garry ?

Just a few days ago she posted a photo of herself showing off her toned body and then another pic of her and her fiance Alexis Ohanian on the beach.