Rihanna is busy celebrating her 26th birthday at a secluded cottage in Aspen. But she has been keeping her fans on Instagram updated on her every move.

“Rihanna u going to hell girl,” the fan wrote.

Here is a screen shot of the incident. 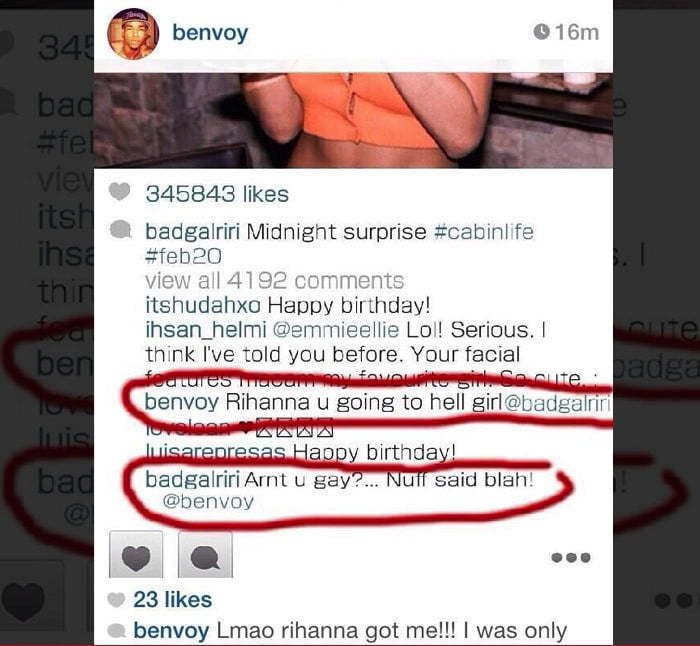 The fan has now backtrack the post on his Instagram page saying the screenshot was bogus and that he is sorry for the trouble he caused Rihanna. 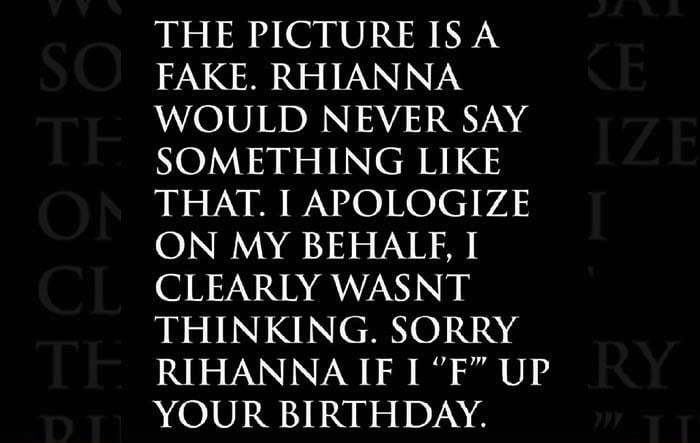