Drake is doing some presidential bragging.

Drake seemed to be taking a walk down memory lane as he showed off some paraphernalia around what looked to be his new luxury mansion on his Instagram story earlier this week. In the midst of flicking up some prized possessions, the “God’s Plan” rapper shared a “humble-brag” in the form of a thank you letter from our, “Forever President and First Lady,” Barack and Michelle Obama. The couple thanked the Canadian-rapper for wishing their daughter, Sasha, a happy 16th birthday.

The letter dated Jun. 7, 2017 was printed on the official Obama stationery, and read:

“We wanted to thank you for taking the time to send Sasha your best wishes at her sweet sixteen. We hope you know how happy we were to have your message included as part of the celebration.” The couple added, “Again, thank you. You have our heartfelt gratitude.” The typed letter was closed with two handwritten signatures from the Obama’s themselves. 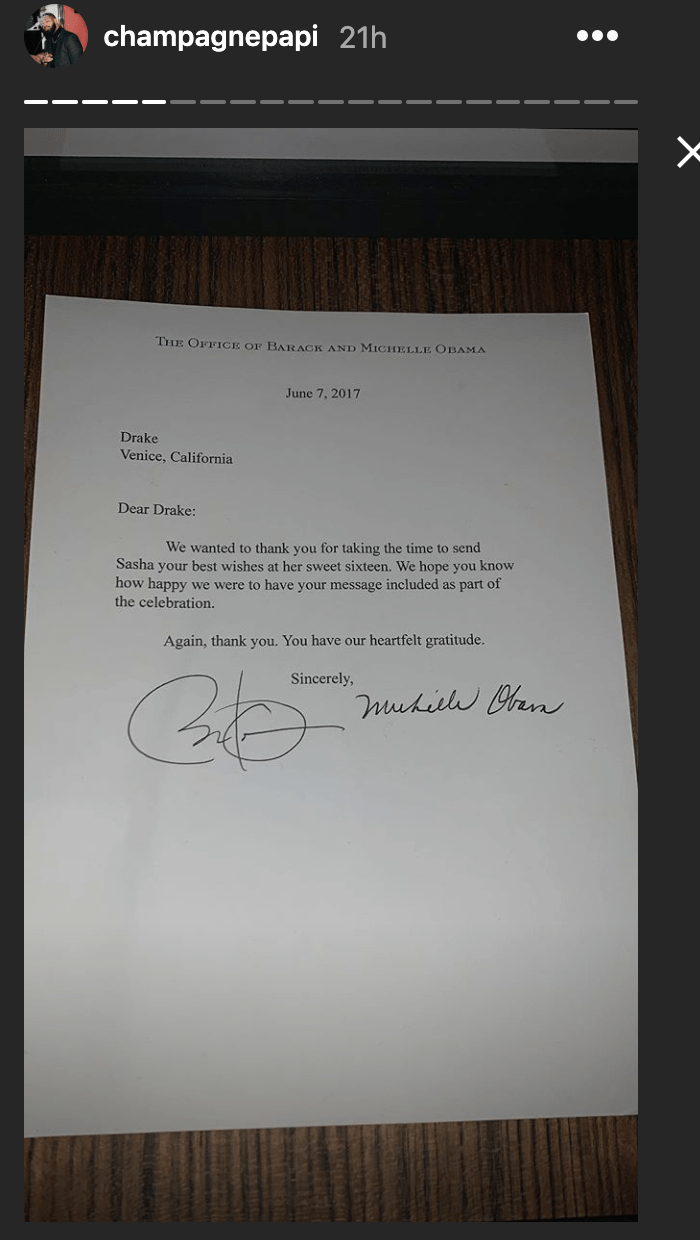 The letter obviously meant a lot to the family, who are all Drake fans. If you recall, the Obama’s selected “Too Good,” Drake’s collaboration with Rihanna, for their summer 2019 playlist.