Diddy has caved to public criticism and has promised to step up to pay for the funeral expenses of his former artist Black Rob.

The announcement was made on Tuesday that the former Bad Boy rapper will have a proper sending off. Black Rob died recently at the age of 51 at the Grady Memorial Hospital in Atlanta after suffering a number of health issues, including kidney failure. He died from a Cardiac arrest caused by a rare kidney disease.

According to Page Six, the two men reconnected while Black Rob was in the hospital right before he died. It was Diddy who reached out and “offered help for Rob, but in the end sadly, it was too late,” a source reportedly told Page Six.

The source further added, “But he wants to make sure that Rob is laid to rest with dignity and according to his wishes. He is helping to make the funeral arrangements.” On Sunday, Diddy publicly mourned the rapper who is best known for his 2000 hit “Whoa!”. He posted a photo on Instagram with the two men in better times with the caption – “Rest in power King! As I listen to your records today there’s one thing that they all have in common!” he said. “You have made millions of people all over the world feel good and dance! You are one of a kind! GOD BLESS! Love. You will be truly missed!!!!”

Fans, however, were agitated by Diddy’s post as they bashed him for not doing more for the rapper who struggled while he was alive.

At the time of his death, his friend and fellow rapper Mark Curry say, Black Rob, whose real name is Robert Ross, had a history of kidney failure and diabetes and had suffered several strokes in past years. The rapper was in dire financial straits, which led to friends of his setting up a GoFundMe to raise funds to pay for a home and his medical treatment.

Fans first became aware of his situation after he posted a photo while in hospital as he sent well wishes to rapper DMX while he was in the hospital battling for his life. The rapper appeared gaunt and sickly, causing fans to share their concerns for his wellbeing online.

He also later shared that he was discharged from the hospital but that he was near homelessness while battling many illnesses. “Oh man, I’ve been dealing with this for five years,” he said. “Four strokes … I don’t know what to tell you, man. S–t is crazy. The s–t is hard.”

Curry, who was with Black Rob at the time he passed, noted that Diddy reached out on Friday to speak to him.

“Before Rob passed, he said, ‘One thing I was going to do before I leave this earth is make sure we all speak to each other again.’ It’s always great to see when people are growing and learning to forgive.”

The rift between Diddy and Black Rob began with the notion that prominent figures in the music industry use the talents of some of the greatest living artists and then discard them once no more profit is to be gained.

Many of the discarded talents have been left wanting when it comes to financial support and money. In this case, Black Rob’s health problems drained him financially with no help in sight.

Diddy has been viewed as one of these vulture-type figures as described by Black Rob in the past.

In a 2011 interview Black Rob said, “once I caught my bid – or whatever the case may be, [Bad Boy Records] was like ‘f**k you,'” the rapper shared speaking on his past jail sentence. “We’re gonna use Black Rob as a springboard for this [Notorious B.I.G. project] – which flopped by the way,” he said of the posthumous “Duets” album.

The rapper says he is not blaming Biggie, but his former label that “left him for dead.” “But it wasn’t Biggie’s fault. It was just a point where they said ‘F**k The Black Rob Report…Bad Boy left me for dead,” he stated.

“It wasn’t like I needed money or anything from anybody. I had money – still got money. It wasn’t a money thing,” he shared. “They did nothing to keep my name alive. They took me off their website, just left me for dead.” 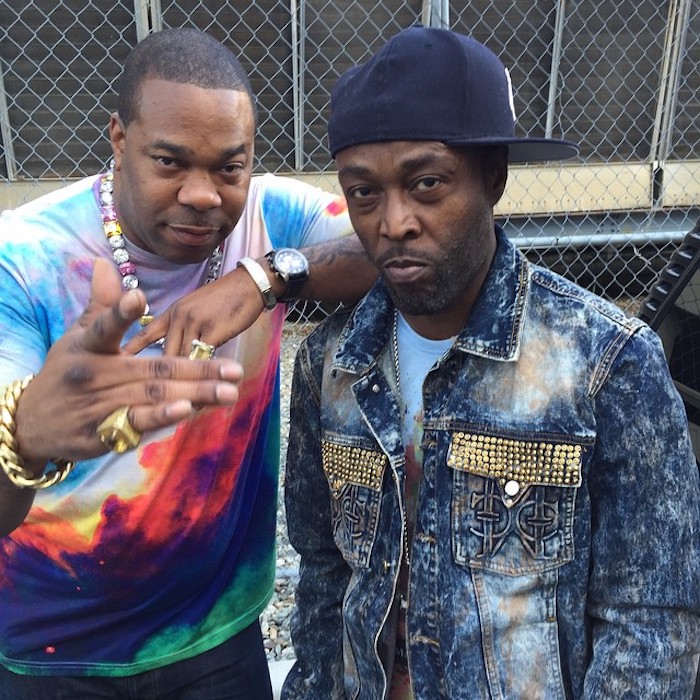 In another interview in 2010, Black Rob said he felt that he didn’t matter to Bad Boy after he went to jail in 2006, where he served four years for his connection to a hotel robbery in 2004.

“I always thought it was a family situation,” he said to Thisis50.com. “All the people up at Bad Boy, none of them reached out to me. None of them even cared. […] All those years we spent together? That s— ain’t mean nothing to you dawg? You actually think I’m not your man? That right there told me that n—- was never my man. Ever.”

Black Rob’s story is also similar to another former Bad Boy rapper – Mase, who was once one of the labels biggest artists. Mase recently said that he approached Diddy to buy back his publishing for $2 million, but the head of Bad Boy Records, who had acquired the masters for a meager $20k, refused to hand over the publishing to its rightful owner.

In the past, however, Diddy has defended himself and says he has not done any of the artists wrong.

In a Vibe Magazine interview, he said, “Like, all this year I’ve heard people say, ‘Where’s Carl Thomas, where’s Black Rob, where’s G.Dep? Where are these artists?” Diddy asks. “And for some reason they go ahead and equate that, cause those artists aren’t with me, that I’ve done something wrong or malicious or conniving. It’s something that I do have a problem with because they don’t have no proof that I’ve ever done nothing like that.”

Still, in spite of the lack of apparent wrongdoing, fans of Black Rob feels he deserved better as an act of moral goodwill as it was he along with a few others whose hard work made the Bad Boy label move from a fledgling label to a thriving legacy that it is today. The legacy of the label was threatened after the death of Notorious B.I.G, according to a Rolling Stone article that revisited the era that the artist had his biggest come up. He, however, saw his dreams peter away as he was locked away in jail, and nobody seems to care about his music or career. This led to the MC leaving Bad Boy in 2010 after coming out of jail.

Black Rob is credited as one of the last MCs from a generation that brought Harlem to light. He leaves to mourn his four children.