The model and former bartender has been dating Tekashi 6ix9ine since 2018 but left no evidence of their coupling on her Instagram page as she deleted all of her previous photos. Now, only two new pics of her bikini-clad body are left. She appears to be living it up on vacation in the Dominican Republic.

Her deleting spree has been co-signed by her declaration of a single status as a start of a new chapter. The beauty also has a new look, as one of the most famous tattoos on her body has now been covered. In 2019, Jade, whose real name is Rachel Wattley, got the rapper’s face tattooed on her shoulder in color. Above that, she had done an earlier one that year in black and white. On the other shoulder, Jade also rocked Tekashi’s brand, the number 69, in a bold dark font, replicating the one Tekashi has on his face and body.

Now, in her new posts, the colored tattoo of the “Gummo” rapper’s face is apparently covered with another colorful tattoo. 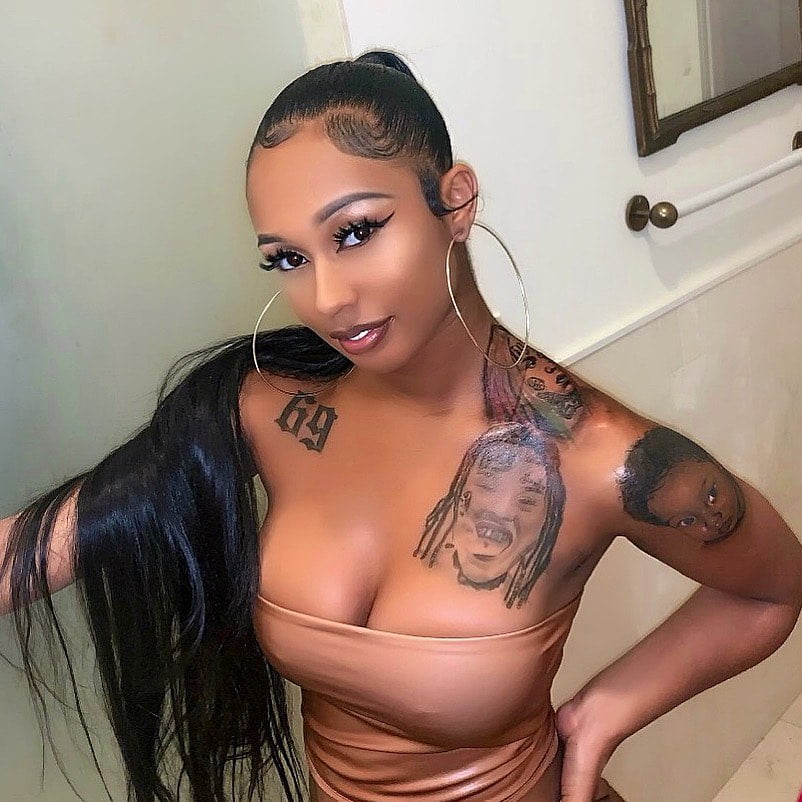 Fans quickly took to the comment section to lament. “She finally cover 69 up thank god BE FREE,” one user expressed while another added, “She couldn’t wait to get that tat covered up.”

Others chided that she used the rapper for a come-up, simultaneously expressing that without him, she is nothing. Another noted that now the couple is no longer together, she would be giving the details of his whereabouts to his enemies.

Jade did not reveal the reason for the alleged break up, and Tekashi 6ix9ine is yet to deny or confirm the split. 69 was known for spoiling his girlfriend with expensive gifts, including a diamond-encrusted Rolex and a G-Wagon, even when he was behind bars.

Still, while the rapper captured America’s attention with these habits, the series of controversies surrounding him made Elliot Grainge, the CEO of his label, 10K Projects, call him “the Donald Trump of the music industry.” 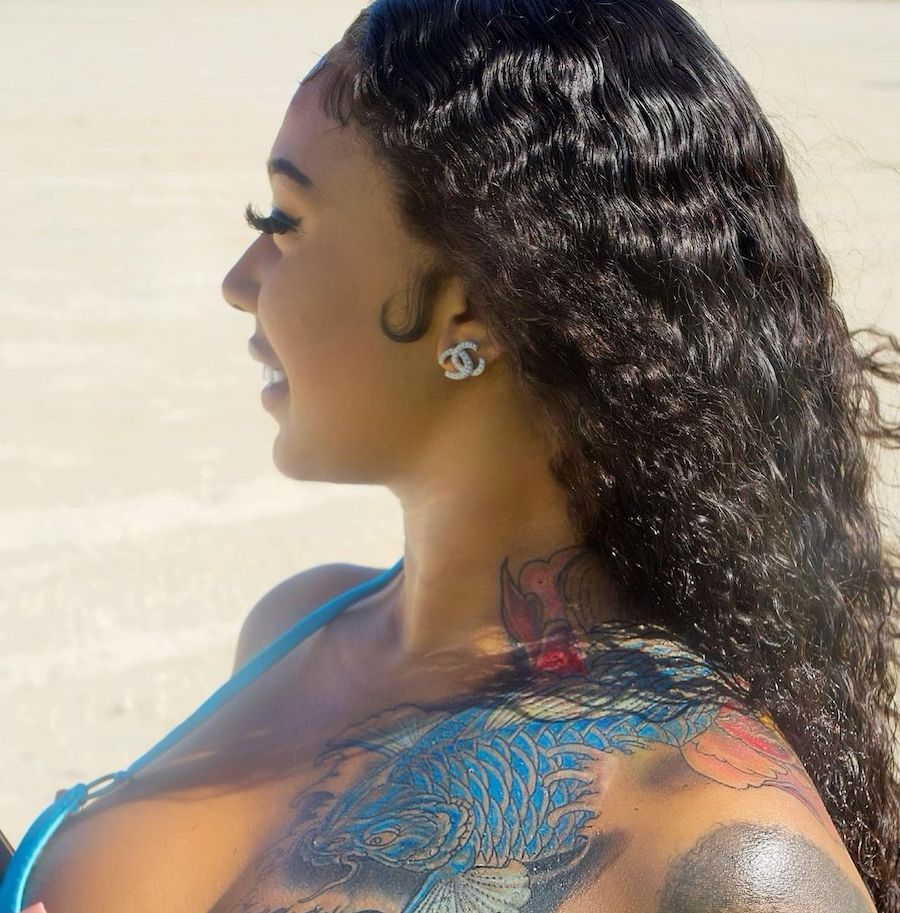 Tekashi 6ix9ine was arrested in 2018 on charges of illegal possession of a firearm, racketeering, and aiding in an attempted murder. He pleaded guilty in January 2019 and was facing up to life in prison. He then decided to co-operate with authorities and snitch on his entire gang. He was then sentenced to 2 years in prison and was released last year to serve his final four months in home confinement.

There are still some fans that hope that as today is April Fool’s, the breakup could all just be a prank.