Adele thanked healthcare workers and essential workers for their continued fight at the forefront of the COVID-19 pandemic and showed off her stunning new look while at it.

The Grammy-winning singer took to Instagram on Tuesday to make a post in commemoration of her 32nd birthday. Alongside a full-body photo that showcased her much talked about new physique Adele wrote, “Thank you for the birthday love. I hope you’re all staying safe and sane during this crazy time.” She went on to acknowledge and voice appreciation for first responders and on-call workers in her caption scribing, “I’d like to thank all of our first responders and essential workers who are keeping us safe while risking their lives! You are truly our angels,” the singer said. “2020 okay bye thanks x.,” she added.

The 32-year-old is almost unrecognizable in the photograph to many people who identify her with a fuller figure simply because the weight loss was that dramatic. The singer definitely committed to “Turning Tables” on her old body and saying “Hello” to her new snatched look, and we all just want to know her secret. The picture shows a slim thick Adele standing in the middle of a beautiful flower wreath ring clad in a fitted black dress that hugged her curvaceous figure and showed off her gorgeous legs along with black heels as her straight blonde hair cascaded over her shoulders. It is evident from her smile in the photo that she had a good birthday. 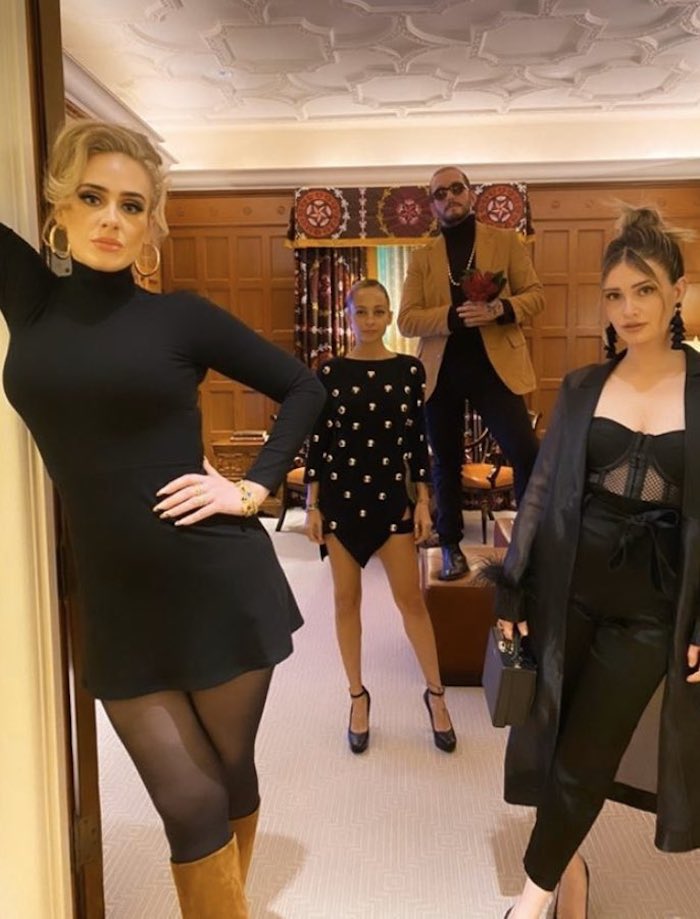 Adele’s transformation is something she reportedly committed to after going public with her divorce from ex-husband Simon Konecki in April 2019 with whom she shares a seven-year-old son, Angelo. Along with high-intensity workouts, her remedy was the usual celebrity regime, which includes pilates, some of the best trainers, and a revamped diet to accommodate a more plant-based intake.

Far be it for us to assume that Adele splitting for her husband means an album is coming soon, but whether for that reason or not, the singer’s manager did confirm that she is set to release new music this year. Also, Adele let it slip during a speech at a friend’s wedding in February that her album will be out in September. Are you excited to hear some new music from the physically reformed Adele?

Thank you for the birthday love. I hope you’re all staying safe and sane during this crazy time. I’d like to thank all of our first responders and essential workers who are keeping us safe while risking their lives! You are truly our angels ?? 2020 okay bye thanks x

ONE post by adele has left the internet in shambles, what happens if she announces new music? WE AINT READY pic.twitter.com/sk1E8VIChS

Only on social media could Adele losing weight, getting more healthy and better looking be controversial and polarizing. Nowhere in the real world is anyone pretending Adele isn't in a better place. Her weight loss is inspiring, especially in the time of Corona. #OneMealWhitlock

Adele out here looking like REVENGE. You can feel the confidence. Mama came out that divorce as THAT bich. pic.twitter.com/heg8MmJOia

Adele is THAT bitch! pic.twitter.com/57OmgUj5xQ